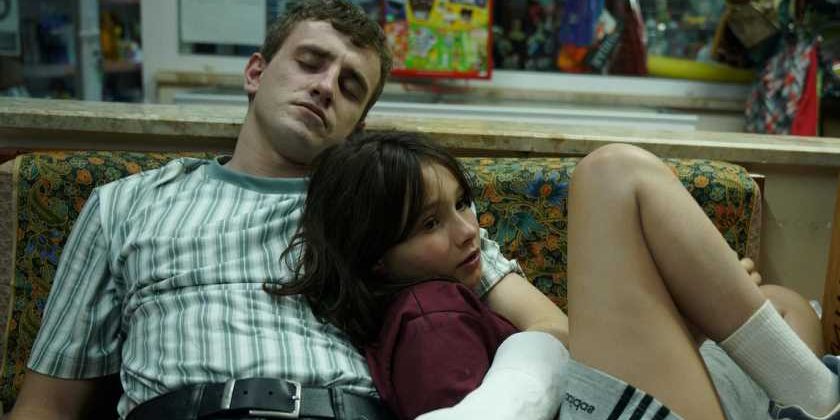 Having made a name for itself on the film festival circuit, Aftersun finally has a trailer that promises complex parent-child relationships, struggles around growing-up and grappling with what it means to reflect on memories that mean so much to us.

Normal People breakout star Paul Mescal is set to return to our screens, this time as a struggling father seen through the eyes of his daughter.

Film festival frontrunner Aftersun stars Mescal as Calum, father to 11-year old Sophie (Frankie Corio), and follows the relationship between the two that is retrospectively explored by Sophie’s adult self (Celia Rowlson-Hall) through real and imagined memories.

The film is directed and written by Scottish filmmaker Charlotte Wells, who is a regular on the festival circuit with work such as Laps, Tuesday and Blue Christmas.

Aftersun focuses on Sophie recalling a holiday she took with her father 20 years earlier as she comes to grips with the man she knows now and the man she knew then. Between Sophie’s oncoming transition into adulthood and Calum’s struggles to cope with juggling both parenthood and the demands of life, their holiday serves as a significant and meaningful memory for Sophie now.

Incorporating video camera footage to play on the gap between memory and fantasy, the long-awaited trailer shows us a glimpse of what is likely to be a complicated but warm relationship between Calum and Sophie as they spend time together on what would be their last holiday in Turkey. They frolic in the swimming pool, play on the beach, and Sophie experiences some classic dad-induced embarrassment after watching him showcase his dance moves.

While the father-daughter relationship is at the forefront of Aftersun, it seems that there may also be some exploration of themes surrounding the end of adolescence and what it means to move on.

“There’s this feeling once you leave where you were from,” Calum tells Sophie, “that you don’t totally belong there again.”

With the trailer portraying something so honest and thoughtful, it’s not hard to assume that Aftersun might be based on real life events, but Wells says that the story was merely inspired by reality.

“The original idea was a young father with his daughter on holiday. That was definitely always the core of it,” she told Deadline. “I think it was inspired by just flipping through old family photographs, and it coincided with the point at which I was thinking about what my first feature might be.”

Steering away from the familiar and perhaps clichéd route of exploring a negative father-daughter relationship, Aftersun looks to dig deeper into the complexities of love, parenthood and what we experience versus what we remember. It also studies a father figure who is battling with troubles but also maintains a sense of devotion.

“He’s separated from his wife and he’s an excellent father, which I think was hugely important to the film and what drew me to it,” Mescal said of his character, Calum. “But he’s kind of battling his own demons, too, throughout the course of the film.”

God’s Creatures: Paul Mescal and Emily Watson are mother and son in the upcoming psychological thriller

The film has already made its mark at Toronto International Film Festival and Cannes alike, creating a wave of praise and anticipation.

“[Charlotte Wells] just lets her movie unspool naturally, like a haunting and deceptively simple short story,” according to The Guardian’s review.

“[Paul Mescal] inhabits the part with a compelling tension between awkward and assured, recalling his charismatic breakout performance in Normal People, and lending his work a similar mix of athletic physicality, genial openness and emotional camouflage,” said Hollywood Reporter.

Tissues at the ready, then, for what’s set to be a highly personal and sincere story, with joy and melancholy woven together to take audiences through a complicated and poignant father-daughter relationship.

Aftersun is set to be released in UK cinemas nationwide on 21 October.