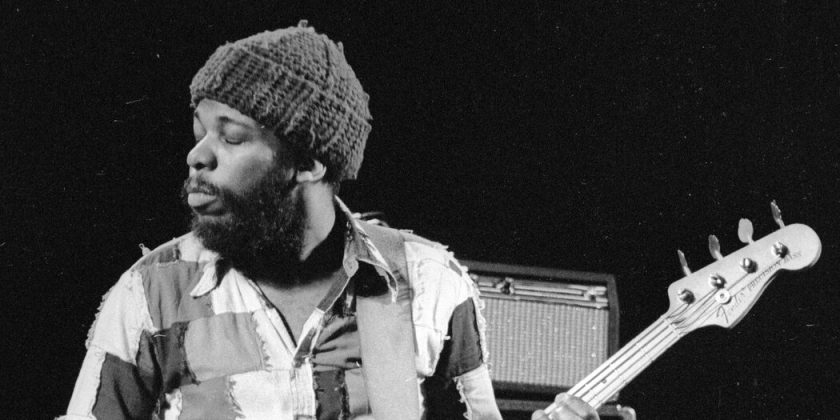 Paul Jackson, whose springy and grooving electric bass lines drove much of Herbie Hancock’s pioneering jazz-funk in the 1970s, died on Thursday at a hospital in Japan, where he had lived for more than 30 years. He was 73.

Mike Clark, a drummer and lifelong Jackson collaborator, said the cause was sepsis brought on by complications of diabetes.

In 1973, inspired by the music of Sly Stone and the Pointer Sisters, and frustrated by many jazz musicians’ habit of dismissing groove-based music offhand, Mr. Hancock started the Headhunters, with Mr. Jackson on bass.

“I didn’t want to make a record that combined jazz and funk,” Mr. Hancock remembered in “Possibilities,” his 2014 autobiography, written with Lisa Dickey. “I wanted pure funk.”

The band’s first album, “Head Hunters,” became a smash. It was the first jazz LP to sell over a million copies, and it hit No. 13 on the Billboard albums chart. Combining the rich acoustic-electric layering of Mr. Hancock’s previous band, Mwandishi, with a brawny backbeat, the group modeled a new brand of slyly sophisticated funk. And Mr. Jackson’s restless bass playing had everything to do with it.

“Paul Jackson was an unusual funk bass player, because he never liked to play the same bass line twice, so during improvised solos he responded to what the other guys played,” Mr. Hancock wrote. “I thought I’d hired a funk bassist, but as I found out later, he had actually started as an upright jazz bass player.”

Paul Jerome Jackson Jr. was born on March 28, 1947, in Oakland, Calif., one of four siblings raised by two piano-playing parents, Rosa Emanuel and Paul Sr., in a musical household.

His father was a heavyweight boxer and later a contractor who sometimes worked as a security guard for music venues. Paul Sr. befriended a number of famous musicians, including James Brown and the trombonist J.J. Jackson, who sometimes hung out at the family house.

When he worked security at concerts, Paul Sr. often brought along his son, and later in life Mr. Jackson would treasure the memory of hearing the Miles Davis Quintet perform at the Blackhawk in San Francisco, with Paul Chambers on bass.

“As soon as I heard that bass, man, I said, ‘Oh!’” Mr. Jackson said in an interview with ukvibe.org. “I said to myself, ‘I’ve got to go and try that out, man.’ So I went back to my junior high school music teacher and picked one up. And that’s when I found out what was happening!”

He is survived by his wife, Akiko Suzuki, and a sister, Denise Perrier. A previous marriage ended in divorce, and a son from that marriage died.

Mr. Jackson was early in his career when he became friends with Mr. Clark. When the Headhunters’ original drummer, Harvey Mason, left the band, Mr. Jackson recommended Mr. Clark for the job.

With the Headhunters, Mr. Jackson started to show off his homey, gravel-road voice, first on “God Make Me Funky,” the opening track on “Survival of the Fittest.” A from-the-hip soul shuffle, featuring background vocals from the Pointer Sisters, “God Make Me Funky” — like many Headhunters tunes — would be widely sampled by hip-hop producers, including on classic albums by N.W.A., Eric B. & Rakim, De La Soul and the Fugees.

In 1978 Mr. Jackson released a venturesome debut album of his own, “Black Octopus,” for the Eastworld label. In its first track alone, his band glides from free improvisation to briskly swinging jazz to funk. 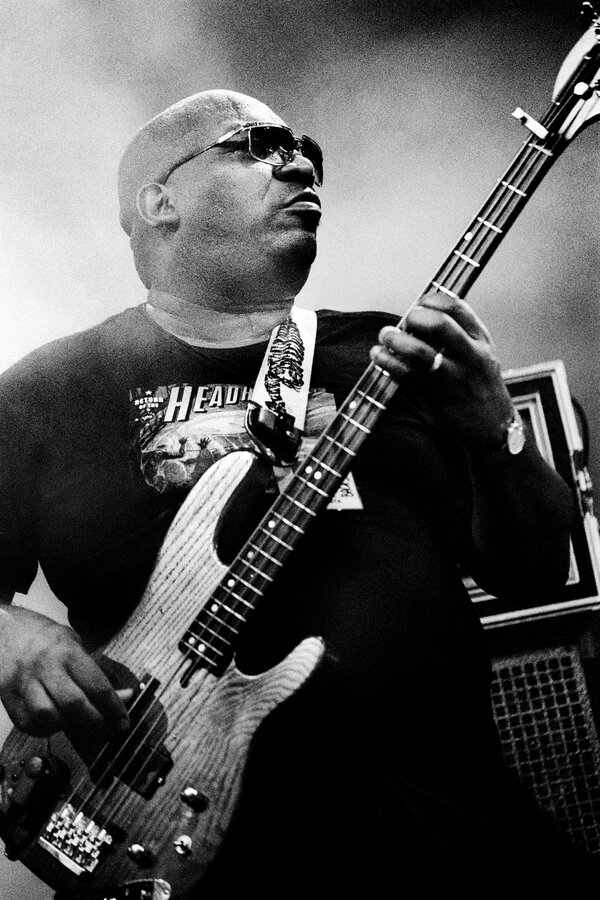 By then Mr. Jackson was an in-demand side musician, appearing on recordings by, among others, the Pointer Sisters, the Latin rock bands Santana and Azteca, and the jazz saxophonists Stanley Turrentine and Sonny Rollins.

The Headhunters reunited in the late 1990s, releasing “Return of the Headhunters” (1998) with Mr. Hancock as a special guest. Four more albums followed.

Speaking to ukvibe.org before a concert in 2013 with a quartet he had formed, Mr. Jackson described performing as a process of attuning oneself to the audience. “I look at the audience,” he said. “The first thing I do during the first song is engage. I figure that if I can get 20 percent of the first row to roll their eyes back in their heads, then I’ve got them.”