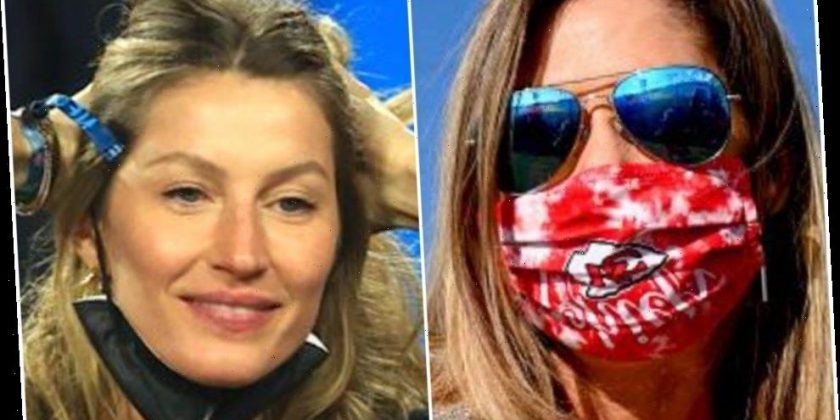 Patrick Mahomes’ mother acted like a sore loser Sunday, fuming over Super Bowl referees on Twitter as the Chiefs quarterback struggled in a 31-9 defeat to the Buccaneers.

But one tweet addressed to Gisele Bündchen, the supermodel who is married to victorious quarterback Tom Brady, got a bit more attention.

“If you have to have the ref on your team is that really winning!!!” Randi Mahomes wrote in a tweet directed at Bündchen’s handle.

Just so there’s no gray area about her messaging, Mahomes’ mom put it more directly in another missive: “The refs are for the other team.”

Here’s another Randi Mahomes take on an official’s call.

For the Win noted an “oddly sexist” tweet Randi Mahomes wrote about referee Sarah Thomas, the first woman to officiate a Super Bowl. “If they are hanging women refs, put me out there and mia too!” she wrote.

At least Randi Mahomes appeared to be chummy with Brady’s mother, Galynn, afterward.

In his initial comments during a postgame interview, Patrick Mahomes took a more gracious route after facing strong defensive pressure much of the game and tossing two interceptions.

“We played not very good football today,” he said. “I didn’t play the way I wanted to play. … They were the better team today.”

Randi Mahomes looked a lot happier before the game.