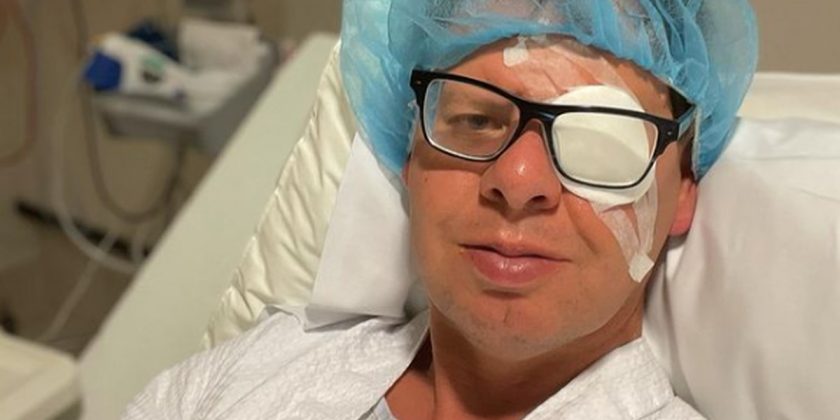 Journalist Patrick Gower has opened up about a condition that has, once again, forced him to undergo emergency surgery on one of his eyes.

Taking to Instagram this evening, the political journalist revealed he’s just recently had surgery on his left eye, after his retina detached.

“I am stoked to say I can still see out of it, but to be honest it has been pretty brutal,” Gower wrote.

“At times I thought I would lose my sight completely so this has given me a new perspective on how important our eyesight is.

“I feel lucky, relieved and very grateful. Today is my first full day back at work and it feels great,” he wrote.

Gower explained that he suffers from a condition that causes his retina to detach from his cornea and this year alone he’s had to undergo surgery for the issue twice.

The surgery, called “vitrectomy”, always has to be done as a matter of urgency, because, as Gower explains, “if the tear in the retina gets too big then you will go blind and there is nothing that can be done”.

“They have to operate right away, it is quite scary,” he added.

“At times I thought my luck had run out and l was going to be blind in one eye. But instead there has been a good result and while there has been some adjusting to do I will have a normal life.”

Gower also revealed the condition, which led his retina on his right eye to detach in 2014 as well, made him “too scared” to return to work on live TV.

“Last week I was too scared to come back to work on live TV, and have been thinking about keeping it quiet because it feels as if I have a weakness. But I have always been open about my eye issues and to the 180,000 Kiwis who are blind/low vision I just want to say ‘I see you’,” he wrote.

Gower, who also has glaucoma, urged Kiwis reading his post to get their eyes checked.

The Newshub journalist told The Project that he first noticed there was something wrong in early February, while walking his dog, when he noticed a small blind spot on his left eye.

Being “super vigilant” with his sight, he immediately got it checked out.

Gower has spent the last 10 weeks recovering and is now back on air.