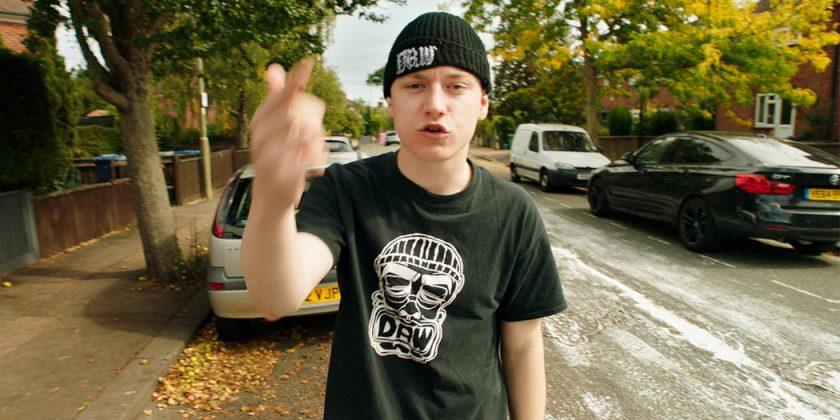 OXFORD, England — It’s an unlikely way for a hip-hop video to begin. At first, the camera shows us a picture-postcard view of Oxford, the famous English university city, from above: spires, towers, trees and lawns, golden in the morning sun. But then the camera wheels round and a beat begins to pulse. A young man in a yellow hoodie edges toward the camera, spitting out lyrics about poverty, homelessness, police brutality and drug abuse. “A stone’s throw from the city center lies another life,” he raps.

Outsiders might be surprised that Oxford’s streets — generally filled with tourist buses and gown-wearing academics — could ever be classified as mean. But an exhibition that recently opened at the Modern Art Oxford gallery argues otherwise. Entitled “Fantastic Cities,” and devoted to the work of the maverick filmmaker Penny Woolcock, it aims to show Oxford, and the rest of England, in a less flattering light than the clichés usually on offer. Observe the divisions that lie beneath the surface of a city like this, it suggests, and you get some insight into why the United Kingdom is one of the most economically unequal countries in Europe.

Ms. Woolcock, 68, has devoted career life to finding poetry in unexpected places. She first came to attention with her 1997 TV movie “Macbeth on the Estate,” an audacious transposition of the Scottish play to a tough high-rise housing project in Birmingham, England. (Among other tweaks to Shakespeare’s script, it featured a character called “Crackhead’s Sidekick.”) Her subsequent films include a three-part, warts-and-all dramatization of life in another housing project, this time in the northern city of Leeds, made in collaboration with some of its working-class residents. 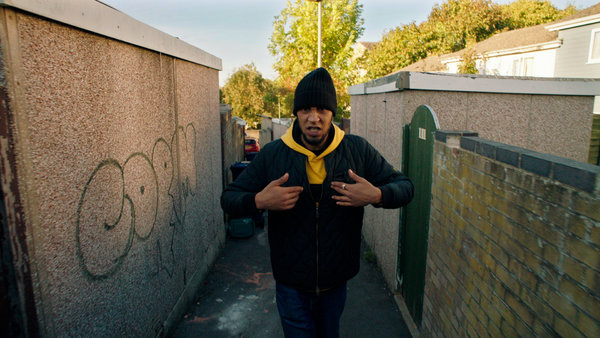 But Ms. Woolcock never fit easily into England’s “kitchen sink” social realist tradition. And she seems to take delight in defying predictions about what she’ll do next. In 2010, she directed and co-wrote an exuberant hip-hop musical, “1 Day,” again set in Birmingham. After its release she was contacted by a gang member in the city, who asked if she’d help negotiate a truce with a rival crew. Ms. Woolcock gamely agreed, and took her camera along, turning her experiences into a documentary, “One Mile Away.”

Opera has been another surprising sidestep: After directing a well-regarded film of John Adams’s “The Death of Klinghoffer” in 2003, she was invited to create a stage version of Mr. Adams’s “Doctor Atomic” six years later. It was followed a smartly contemporarized production of Bizet’s “The Pearl Fishers,” which was revived last month at the Met.

Although her work has been seen worldwide, the Oxford show is the first time Ms. Woolcock has been granted a full gallery retrospective. “To be honest, I’m still getting used to the idea,” she said in a recent interview in Modern Art Oxford’s cafe.

It is a homecoming, of a kind. She first arrived in Oxford in 1972, and it was the place where she first began to make art. Born and brought up in sheltered and segregated expat communities in Argentina and Uruguay, she got out of South America while she was still in her teens. She fell in love; wound up in Barcelona, Spain; gave birth to a son; moved to England — and was horrified by what she saw.

“I was shocked that poverty existed here,” she said. “I had this completely fantastical image of Britain, as someone who’d grown up elsewhere. But in many ways the reality is more interesting.”

Ms. Woolcock began to draw and paint, and set up a printmaking collective with friends, working a succession of factory and farm jobs to pay the bills. She also began to get involved in community youth theater projects. She didn’t make her first film until she was 35, working with borrowed equipment and a volunteer cast. It ended up being screened on national TV.

Though there are sculptures and drawings on view, the show consists mostly of the socially engaged films that have become her signature. In one new short work, “The Same Road Is a Different Road,” the camera meanders through a tony London neighborhood, past Georgian townhouses and hipster bars. We sense rather than see the low-income housing around the corner. The voice-over is shared between Ms. Woolcock herself, who talks blithely of favorite bistros and delis, and that of a teenage boy from the area, who describes the violent conflicts between rival gangs that occur in the same territory: one street, two different cities.

“I remember talking to him about how I loved walking around there, and he looked at me like I was describing going to the moon,” Ms. Woolcock said.

Emma Ridgway, who curated the exhibition, said that Ms. Woolcock has been consistently ahead of the curve: “She’s groundbreaking in moving between different communities — both social classes and art disciplines,” Ms. Ridgway said. “And she does so with intense empathy and passion.”

In a large room of the gallery, the hip-hop video is projected on a huge screen — part of a diptych entitled “Dreaming Spires.” One film features a group of university students in tuxedos and gowns, who drift nonchalantly through the center of town accompanied by lush choral music. The other was made in collaboration with two young hip-hop artists she saw performing in a deprived housing project only a few miles away.

The musicians wrote their own lyrics; one, Samuel Mansell, who performs under the name DeSide, said in an interview that their aim was to show what Oxford really looked like. “People get off the bus, they do the Harry Potter tour, they don’t see the homeless people beneath their feet, the underground culture of the city,” he said. “What’s poignant about Oxford is the difference.”

The inequalities here are particularly stark: while house prices in Oxford are some of the highest in Britain, a quarter of children live beneath the poverty line. After a decade of government belt-tightening and austerity, the city is ranked the second-most unequal in the country. (The most unequal is that other historic university city, Cambridge.) A United Nations expert on extreme poverty recently delivered a damning report on conditions in Britain, the world’s fifth-richest country.

Ms. Woolcock insisted she didn’t want to preach: She sees herself as an artist, not an activist. “I just think it’s quite an impoverished existence we all live, if we’re unaware of each other’s realities,” she said.

And she added that although Britain seemed to be more socially and economically divided by the day, she remained optimistic: Her experience of working with people from different communities showed her that art could forge its own connections.

“People are perfectly capable of speaking for themselves,” she said. “All you need to do is listen.”