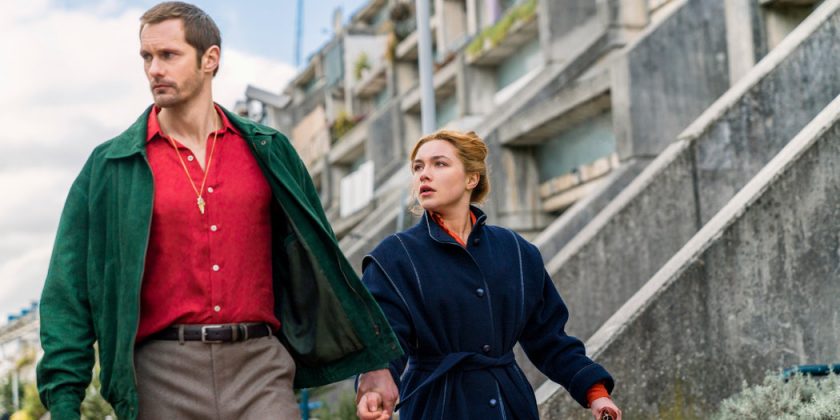 LONDON — A leather suitcase sits in a dark room. A woman hurries over cobblestones in high-heeled boots. A child bounces a ball against a wall. The moments seem unconnected and mundane but the relentlessly ticking clocks and repeated glimpses of the time on various watches and digital displays — 8:19, 8:20, 8:29 — make it clear: Something bad is coming.

In these tense opening moments of “The Little Drummer Girl,” a new series on AMC, the South Korean director Park Chan-wook sets a tone of crafted menace and paranoia, pitch-perfect period detail and vivid, visceral sensation that runs through the six parts of John le Carré’s hall-of-mirrors narrative, centered around the Israeli-Palestinian conflict at the end of the 1970s.

[Read our review of “The Little Drummer Girl.”]

It’s the second recent foray into world of Le Carré, born David Cornwall, from his sons, Simon and Stephen Cornwall — a follow-up to their successful mini-series, “The Night Manager,” which ran on the BBC and AMC in 2016. 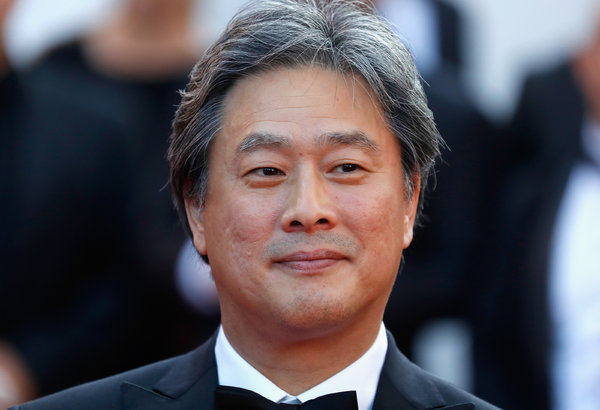 “Little Drummer Girl” is the rare Le Carré work built around a female protagonist: Charlie’s talents (among them bravura lying), courage and idealism lead the Israelis to recruit her to infiltrate a Palestinian terrorist group planning attacks in Europe.

The pairing of a provocative Korean auteur and a glossy throwback espionage mini-series might seem an odd one. But Park has been a fan of Le Carré since, as a teenager, he first read “The Spy Who Came in From The Cold.”

“My film world is quite dark, and I would say that Le Carré is a big influence on that,” he said, through an interpreter, in an interview at a postproduction facility here.

“Little Drummer Girl,” published in 1983, was only translated into Korean around 2005, he said, and although the story is set in 1979, it resonated. “Korea is a country where the Cold War is still very much continuing in terms of what goes on behind the scenes between the north and south.”

In the book, he added, there was the similar element of two opposing nations locked in a cycle of violence, which leads to victims on each side. He was also drawn, he said, by the character of the Israeli veteran spymaster, Martin Kurtz (played by Shannon), “more active, dynamic and complex” than Le Carré’s famous puppet-master, George Smiley.

“It makes sense that Park would identify with Kurtz, who is a director of sorts,” Shannon said in a telephone interview. “He is always exploring the boundaries between what reality is, and what reality can be created; that’s the overlap between the espionage industry and the entertainment industry.”

When Park approached the Cornwalls about directing a new film version of “Little Drummer Girl” — made into a little-loved movie starring Diane Keaton in 1984 — they already decided it would be their next television project. (They currently have “The Spy Who Came in From the Cold” in their sightlines.)

After a meeting, they sent a few scripts to the director but without much hope, as he hadn’t done television before, Stephen Cornwall said in a telephone interview. To their surprise, Park agreed — with the proviso that he wouldn’t change his cinematic eye. He also said there was only one person who could play Charlie.

“We nearly burst out laughing when he said Florence, because we were huge fans of ‘Lady Macbeth’ and of her, and she was at the top of our list,” Cornwall said.

Pugh was shocked to be approached for the role. “‘The Night Manager’ had boomed, and this was the next one; everyone was talking about it, and I felt it wasn’t really in my reach,” she said in a telephone interview. “But it gave me a lot of confidence,” she said because Park “had faith in the Charlie I was going to bring to the table.”

She added that it was “rare to find a character who was just normal. There is something raw and wonderful and believably unlikable about her in the book, and I wanted to show that,” she said. When the series made its debut on the BBC in October, Pugh’s not-always-likable Charlie won raves from British critics.

The character, who “feels like a 21st-century woman,” Simon Cornwall said, was one reason the producers didn’t feel the need to update the setting of “Little Drummer Girl” to the present, as they did with “The Night Manager.”

The other reason, Stephen Cornwall added, was a difference in context for the Israeli-Palestinian conflict. “In the ’70s and ’80s, it wasn’t framed in primarily religious terms, and the radical European left had very little interest in religion,” he said. “There are obvious parallels with today, but also great differences.”

In the novel, Le Carré scrupulously offers the reader both sides of the story, and Park and the writers, Mike Lesslie and Claire Wilson, were careful to maintain its even-handedness.

“I felt the responsibility of understanding the whole context,” said Skarsgard, who plays the Israeli agent Gadi Becker, whose ambiguous relationship with Charlie is at the heart of the series. Gadi is interesting, he said, “because he is so conflicted. It’s not the brave Mossad agent versus the evil Palestinian bomb makers.”

Park said that although he didn’t change his directorial approach for television, there was one important difference for him. “The cliffhanger to bring the viewers back the next week is important, something to be enjoyed and very different to making a normal film,” he said. “In terms of following Charlie’s journey, I wanted her to have a powerful encounter at the end of each episode.”

More than the sex and violence Park is known for, “Little Drummer Girl” shows the director’s mastery of visual composition and order. From Charlie’s block-color dresses to sweeping views of the Acropolis by night, every detail tells a tale.

“I wanted to stay away from the dull, gloomy colors you would conjure up when thinking about the espionage genre,” he said. “This is a story about a civilian woman, an actress, and I wanted that vitality and life in the visual landscape.”

The director’s long, thoughtful working process was new for her, Pugh said. “Every scene has been the subject of a long conversation, before, during and after,” she said. “It is a dance with the camera, and you are doing things you don’t understand, but if he is asking you to move in a particular way or put down a cup at a particular angle, there is a reason.”

She added: “You are part of a moving painting, and must trust the artist.”