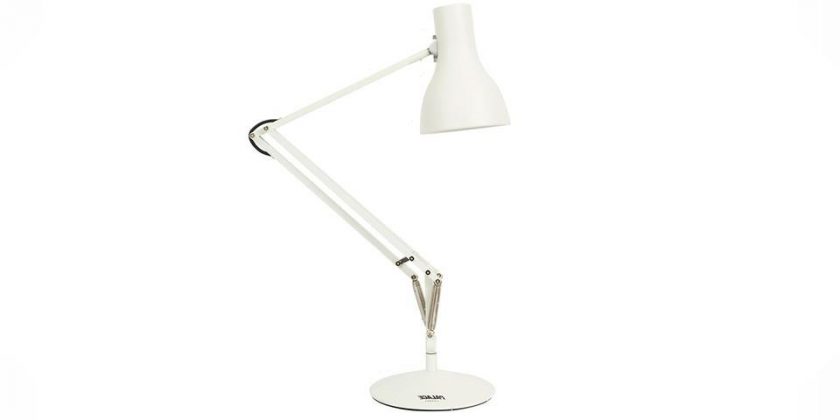 Palace and Anglepoise are set to release a co-designed lamp, which sees the iconic Type 75 model updated with a glow-in-the-dark treatment.

The lamp, which forms part of Palace’s Holiday ‘22 collection, marks the first collaboration between the two British brands. For it, the Palace in-house design team opted to make use of the Type 75 model, which has previously been customized by the likes of Margaret Howell and Paul Smith.

Palace’s own touch comes in the form of two key details: one, a glow-in-the-dark treatment, and secondly, its logo applied to the base. In daylight, the lamp appears white, with the logo standing out in black, but in the dark, it emits a green glow across its surface. The team describes this choice as being inspired by British rave culture, “[Given that the] Anglepoise glows in the dark; it is simply – and permanently – lit,” they add.

Anglepoise’s Type 75 was crafted by design legend Kenneth Grange decades ago. Its popularity has stood the test of time, and it continues to be one of the brand’s bestsellers. “Recognised as a design classic,” Palace says, “it is a combination of ingenuity and practicality.”

The new design will be available from the Palace webshop from November 25, price TBC. For more design, check out the latest collection from Studio Ford, which celebrates the women behind-the-scenes of the Bauhaus movement.
Source: Read Full Article