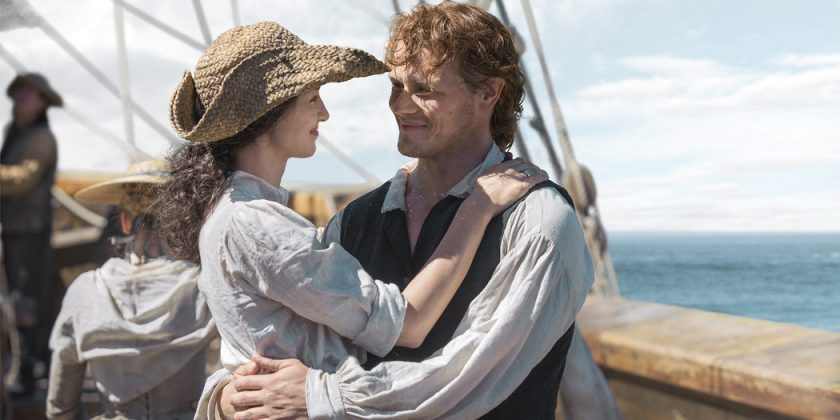 The “Droughtlander” is over: Everyone’s favorite lusty time-traveling drama, “Outlander,” returns to Starz for Season 4 on Sunday, Nov. 4. But Season 3 was so jam-packed with action it may be hard to hard to remember all the details — especially since it keeps jumping back and forth in time.

A quick recap: Claire (Caitriona Balfe) traveled back to the 18th century and reunited with her long-lost-love, Jamie Fraser (Sam Heughan). They had so much to talk about: During their 20-year separation, she had raised their now-college-age daughter, Brianna (Sophie Skelton), back in the 20th century, and she also had become a surgeon; Jamie, meanwhile, had fathered a son, William, and started a successful printing shop. But before the couple could get comfortable, they had to end Jamie’s marriage to Laoghaire (Nell Hudson), secure a means for him to make his alimony payments to her and also rescue his nephew, Ian (John Bell), who had been kidnapped by pirates and taken to Jamaica.

[Click for our report on the “Outlander” cast’s recent visit to New York.]

All of this sent them off to the Caribbean; a storm then left them shipwrecked on the shores of colonial America heading into Season 4. Now that Jamie and Claire are accidental immigrants, here are a few things that we — and they — should remember. 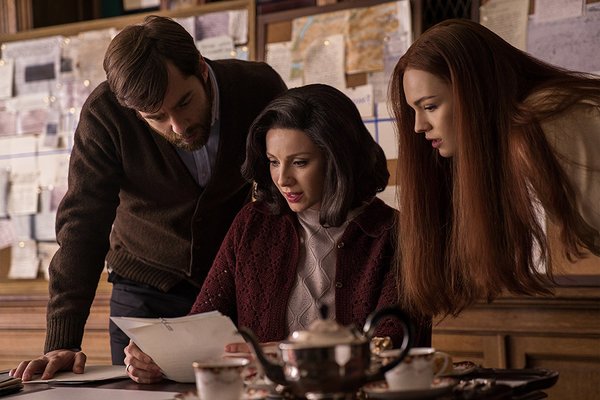 The Rules of Time Travel

The first time Claire passed through the standing stones at Craigh na Dun, it was by accident. During her most recent trip, last season, she was more aware of the art and science of time travel, having read the journal of Geillis Duncan (Lotte Verbeek). We now know that only certain people have the genetic ability to do so, which explains why both Brianna and Roger Wakefield (Richard Rankin) can hear the buzzing of the stones, but the druids cannot. (Mrs. Graham, the caller of their circle, couldn’t pass through; her granddaughter Fiona probably can’t, either).

We also learned that if you are planning a trip, you should definitely pack some gemstones — they’re not just valuable currency, they’re emblems of protection. Also on the subject of magical DNA, one of Claire’s other abilities appears to be skull reading — at least with other time travelers. She instantly knew the manner of Geillis’s death, for example. This is a kind of divination that could come in handy.

Jamie and Claire learned something the hard way when they spent all of Season 2 trying to avert the massacre at Culloden. Even with a time-traveler’s foreknowledge of the future, it turns out major events in history can’t be changed in a meaningful way. As the showrunner Ron D. Moore put it last month in an interview at New York Comic Con, now that they’re in the colonies only a few years before the American Revolution, “The best thing they could do is just stay out of its way — like, don’t screw this up.”

Claire will most likely be tempted to interfere — she can’t help herself. And it isn’t going to be pretty when she encounters slavery in America. Remember the last time she tried to interrupt the slave trade in Jamaica? She ended up (accidentally) owning another human being: Temeraire (Thapelo Sebogodi), who at least was treated well until he was freed, but still. But she can still take a stand, right? By 1767, Quakers had been protesting for decades.

Before she relocated to Jamaica, Geillis gave birth to her child with Dougal MacKenzie — an ancestor to Roger Wakefield. But that’s not the end of the line. There are more MacKenzies to meet in the new world! And who has a certain appreciation for MacKenzie women? (Cough, Murtagh). As for the Frasers, at the end of Season 3, Jamie’s sister, Jenny (Laura Donnelly), and her husband, Ian (Steven Cree), were anxiously awaiting the return of their son, the younger Ian, who was being held (and drugged and raped) by Geillis in Jamaica, along with the Silkies’ Island jewels Jamie needed to fund the alimony he owes. Although young Ian is safe now and some of the jewels recovered, the alimony remains unpaid. Which probably means we haven’t seen the last of Laoghaire, who has every reason to be upset.

Lord John Grey (David Berry), who first encountered Jamie Fraser as a youth, developed a friendship with him — and feelings — when he became governor of the Scottish prison Ardsmuir. Although Grey had to resign himself to the fact that his love for Jamie would need to remain unrequited, he couldn’t help but take a special interest in this special prisoner’s welfare. When charged with transporting Ardsmuir prisoners to the American colonies (where we might see some of them again), Lord John sent Jamie elsewhere — to serve his parole as a groom at Helwater’s stables.

When Jamie’s dalliance with Geneva Dunsany resulted in her pregnancy and then death during childbirth, Lord John made sure that Jamie’s son, William, would nevertheless have a family pedigree and fortune and no stain upon his name: He married Geneva’s sister, Isobel, and raised William as his own child. Grey also used his position as the governor of Jamaica to help Jamie evade arrest. Now we wonder: Is there anything he wouldn’t do to help a Fraser in need?

So many ways to get married in “Outlander”! You could do it in the traditional manner, in a church with a priest, as Jamie and Claire did, when he gave her a distinctive ring fashioned from an iron key for Lallybroch. Or you could do a pagan blood vow in Gaelic to seal the deal. (There’s a special magic in using a virgin’s blood). And don’t forget the handfasting: When Fergus and Marsali (César Domboy and Lauren Lyle) revealed that they were handfasted, it meant that they had participated in a pagan Scottish ritual for which no witnesses and no priest (or minister) were required.

Some believe that handfasting — also known as marriage by consent — is a sort of engagement. Others believe it is more like a trial marriage, lasting a year and a day and giving the couple time to formalize the union later or to go their own ways. Think of it as the “Outlander” equivalent of running off to Vegas for a quickie wedding. Don’t expect an invitation when it happens!