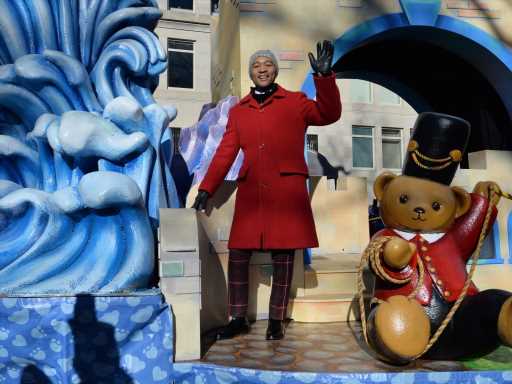 Each year, people flock to the streets of New York City or crowd around the TV from the coziness of home to watch one of the most highly anticipated events of the year: the annual Macy’s Thanksgiving Day Parade. With all the celebrities who have been in the Macy’s Thanksgiving Day Parade, we’re excited for another star-studded year — and the 2019 lineup doesn’t disappoint.

Coming up in this year’s parade, we have performers Billy Porter, Idina Menzel, Lea Michele, Ciara, Natasha Bedingfeld, Kelly Rowland, and both The Black Eyed Peas and TLC. With this musical lineup, our eyes will be glued to the screen more than ever.

Of course, with past performers like John Legend, Ariana Grande, and Whoopi Goldberg, our expectations are pretty high already. But since its inception in 1924, this parade has never missed.

So, while you’re waiting for this year’s show, we invite you to sit back, relax, and look through these photos of all the celebs who have been in the Thanksgiving Day parade over the years.

A version of this article was published in November 2017.