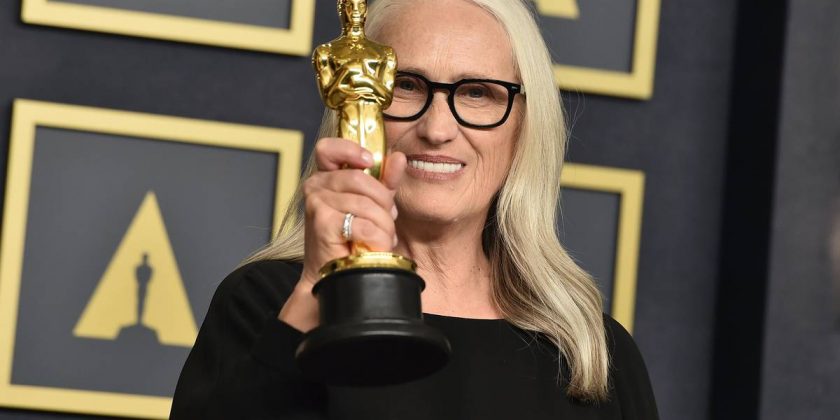 Campion’s New Zealand-made film The Power of the Dog was a frontrunner for the coveted Best Picture and Best Director awards at the 2022 Oscars, with a total of 12 nominations.

She’s the first woman to be nominated twice for Best Director.

Campion began her acceptance speech in te reo Māori, addressing those watching from Aotearoa at home.

“Thank you, Academy … it’s the honour of a lifetime,” she said.

“I love directing because it’s a deep dive into story, yet the task of manifesting a world can be overwhelming.

“The sweet thing is I am not alone,” she said, thanking the film’s stars, its producers and Netflix.

The 67-year-old filmmaker’s victory marks the first time the directing award has gone to women in back-to-back years, with Chloé Zhao winning last year for Nomadland.

Campion was the third woman to win in the category.

“Big love to my fellow nominees. You’re all so extraordinary, and it could have been any of you.”

The Power of the Dog, starring Benedict Cumberbatch, Kirsten Dunst, Jesse Plemons and Kodi Smit-McPhee, is based on Thomas Savage’s 1967 novel about wealthy rancher brothers and is set in Montana in 1925. All received acting bids.

Campion triumphed over a field that included Steven Spielberg for the remake of West Side Story.

When Campion received her first directing nod, in 1994 for The Piano, Spielberg won the trophy for Schindler’s List.

Her 1994 nomination made her only the second woman to compete in the category, following Lina Wertmuller’s groundbreaking bid in 1977 for Seven Beauties. Campion won the Oscar for best original screenplay for The Piano, with Holly Hunter and Anna Paquin receiving acting trophies.

Campion’s victory makes her the first woman to win both directing and writing awards.

Since the awards began in 1927, a total of seven women have competed in the Best Director category. Kathryn Bigelow was the first to win, for The Hurt Locker in 2010, with Zhao’s victory coming more than a decade later.

During a sabbatical from film-making, Campion co-created the TV series Top of the Lake, which in 2013 received eight Emmy nominations and one award for its first season. Campion shared writing and directing nods.

She was drawn back to film by Savage’s novel, which she called an “amazing piece of literature,” and the realisation that, while she enjoyed making the TV series, she was ready to again embrace the framework of movie-making.

“The discipline and the rigour of those two hours was something I was excited to go back to,” Campion told the AP last year.

Others nominated in the directing category this year were Paul Thomas Anderson for Licorice Pizza, Kenneth Branagh, Belfast, and Ryûsuke Hamaguchi, Drive My Car.

The film did miss out on Best Picture. Instead, the award went to Sian Heder’s CODA — the first film produced by a streaming service to win an Oscar.

In true Hollywood fashion, the awards kicked off with celebrities arriving in their red-carpet best and having their moment at the first in-person ceremony since the pandemic began.
And after a two-year hiatus from red-carpet glamour and ceremony drama, this year’s Oscars certainly did not disappoint.

In one of the most shocking moments in Oscars’ history, Will Smith slapped comedian Chris Rock for a joke he made about his wife, Jada Pinkett Smith, while presenting an award.

“Keep my wife’s name out of your f****** mouth,” Smith repeatedly shouted.

His words were not censored on TVNZ’s livestream of the event.

When contacted for comment, a spokesperson for TVNZ said, “Given the live nature of the event, we’re unable to predict what’s about to happen and make cuts in advance.”

Moments later, Smith returned to the stage to accept the award for Best Actor for his role as Richard Williams, the father of tennis greats Venus and Serena Williams, in the film King Richard.

In his speech, he paid tribute to Williams as a “fierce defender of his family” and said he was called to “protect his family”.

Jessica Chastain landed the award for Best Actress for her role in The Eyes of Tammy Faye — her third nomination and first Oscar win.