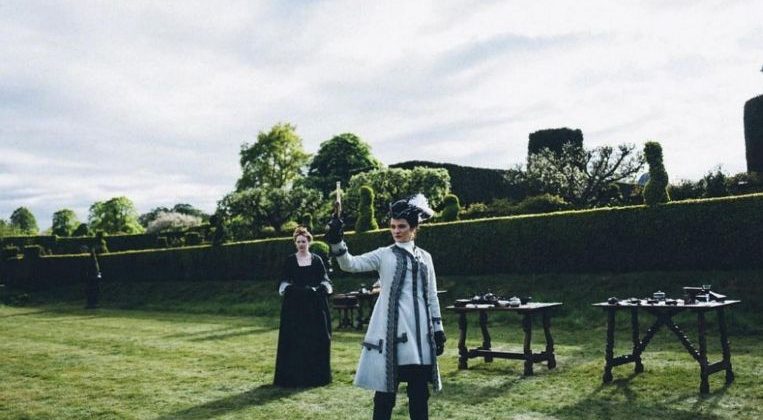 LOS ANGELES (NYTimes) – The Favourite is starting to look like the latest Oscar-season hit from Fox Searchlight.

It has been a frustrating fall at the box office for films made with the Academy Awards in mind. Damien Chazelle’s First Man is officially a flop.

Lower-cost prestige films like Can You Ever Forgive Me?, starring Melissa McCarthy, and Boy Erased, about the horrors of gay conversion therapy, have struggled to get noticed beyond art houses.

But things seem to be clicking for The Favourite, a sharp-edged, comedic drama directed by Yorgos Lanthimos and heralded by critics for performances by Olivia Colman, Emma Stone and Rachel Weisz.

The Favourite took in roughly US$1.1 million (S$1.5 million) from only 34 theatres over the weekend. That figure is in line with early results for Lady Bird, which went on to collect US$79 million worldwide last year, and surpasses the initial ticket sales for The Shape Of Water, from Fox Searchlight, which took in nearly US$200 million worldwide and won the 2018 Oscar for best picture.

This week, The Favourite will seek to capitalise on hoped-for Golden Globe nominations – set to be announced on Thursday (Dec 6) – by expanding into 100 theatres.

The biggest ticket-sellers between Friday (Nov 30) and Sunday (Dec 2) in North America were leftovers. Ralph Breaks The Internet was No. 1, collecting about US$25.8 million for a two-week total of US$119 million, according to comScore, which compiles box-office data.

Dr Seuss’ The Grinch took in US$17.7 million, for a four-week domestic total of US$203.5 million – certified smash territory. Creed II was third, selling US$16.7 million in tickets, for a two-week total of US$81 million.

The only new wide-release movie was The Possession Of Hannah Grace which cost less than US$10 million to make and collected US$6.5 million.