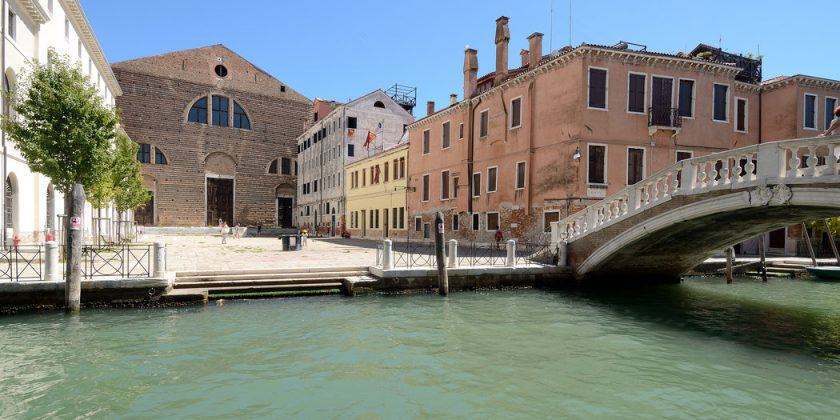 ROME — An installation and research project by the American video and performance artist Joan Jonas is to inaugurate a cross-disciplinary center — focusing on ocean conservation and the effects of climate change on the oceans — on March 23 in the newly restored church of San Lorenzo in Venice’s Castello neighborhood.

The center, known as Ocean Space, will also showcase the digital archive of oceanic projects organized in the last seven years by TBA21-Academy, a department of Thyssen-Bornemisza Art Contemporary (TBA21), the Viennese institution founded in 2002 by Francesca von Habsburg.

“One of the main drivers of the TBA21-Academy is to break down boundaries between disciplines” so that artists work alongside scientists, researchers, lawyers and policymakers, “taking a holistic view” of the pressing environmental issues of today, its director, Markus Reymann, said in a telephone interview. “It’s about using artistic sensibility and the process of creating contemporary art to shine a light on questions surrounding the ocean.”

Ocean Space will also host lectures, workshops and other events.

Badly damaged in World War I, the church has been mostly closed for the last century, opening briefly for a 1984 performance of Luigi Nono’s “Prometheus.” TBA21 is financing the church’s restoration.

Ms. Jonas is expected to perform at Ocean Space in May, to coincide with the Venice Art Biennale. The space will close in fall 2019 to enable further restorations and will reopen in March 2020 with a new project, Mr. Reymann said.

Venice was not a casual choice. Beyond the connection to the city’s naval and maritime history, the sponsors were also acutely aware of the effect of rising sea levels, but opted to offer a proactive approach.

“We want to take Venice as a lab for the future, and not as a cultural relic of the past that needs to be protected,” Mr. Reymann said. “There is a gap between knowing and doing and action, and in bridging this gap, art is a fantastic agent, not only to inspire and disrupt people’s perception, but also to offer new platforms for behavioral change.”