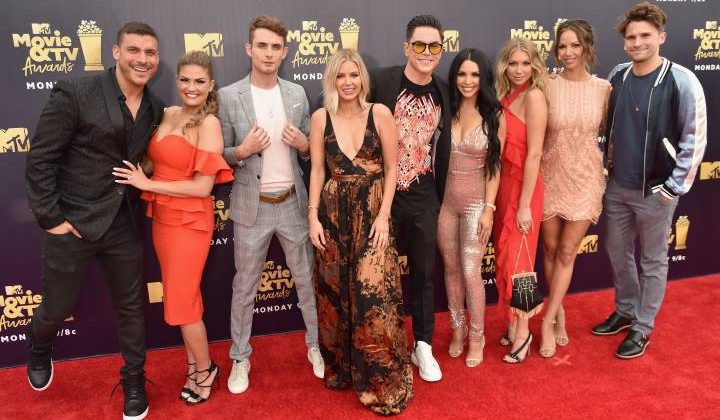 Welcome to On the Radar, your monthly reminder of what’s coming down the pike in the world of entertainment.

We’ve got the latest TV shows, movies, books and more — all coming out in December. Take a gander and see what’s up this month.

Season 7 of Vanderpump Rules kicks off with the anticipated opening of TomTom. Lisa Vanderpump channels her energy into making sure her newest venture is the epitome of perfection, but when last-minute problems arise, she must assign more responsibility to her junior partners Tom Schwartz and Tom Sandoval – whether they’re ready or not. Jax finally proposes to girlfriend, Brittany, after a roller-coaster of a year. After a painful breakup, Stassi bounces back with an exciting new business deal, an eccentric new boyfriend, and a surprising friendship with Ariana. After being the target of body-shaming comments, Katie takes a stand for the women of SUR and delivers an ultimatum to Lisa that sends reverberations throughout the entire restaurant. Normally fun and lighthearted, Lala struggles with the sudden death of her father leaving everyone wondering if she’ll ever be the same. And of course, still the resident DJ, James stirs up trouble when an ill-conceived rap lands him in hot water with the group.

In the foothills of the Rocky Mountains exists “Rust Valley” – a junkyard made up of acres upon acres of old and abandoned cars as far as the eye can see. There lives a unique car restoration community and the subject of History’s new Canadian-original Rust Valley Restorers. The series focuses on one restoration shop in the “Rust Valley” that stands apart from the rest. Shop owner Mike Hall and his colourful crew are experts at transforming rusted wrecks into collectible cars. His team passionately works to return cars to their former glory – sometime for trade, sometimes for sale, and not always at a profit.

In this panel show, a rotating group of top comedians will take on the world’s toughest problems and try to come up with the perfect solutions.

This six-part documentary adaptation of John Grisham’s only non-fiction book, The Innocent Man: Murder and Injustice in a Small Town, raises troubling questions about two murder cases in Ada, Oklahoma, in the 1980s — and the controversial chain of events that followed.

This Netflix movie’s stars include Christian Bale, Cate Blanchett and Benedict Cumberbatch. Director Andy Serkis re-invents Rudyard Kipling’s story, in which a boy torn between two worlds accepts his destiny and becomes a legend. Mowgli has never truly belonged in either the wilds of the jungle or the civilized world of man. Now he must navigate the inherent dangers of each on a journey to discover where he truly belongs.

Aquaman is the only DC movie to hit cinemas this year. Following the events of Justice League, Arthur Curry (Jason Momoa), the reluctant ruler of the underwater kingdom of Atlantis, is caught between surface dwellers polluting the globe and his own people, who are ready to invade the surface.

Disney is exploring more of P.L. Travers’ Mary Poppins books, in a sequel to one of its most beloved films. Emily Blunt is taking over the role from Julie Andrews. Dick Van Dyke and Julie Andrews will both be making appearances in this movie too. Set in London, England, 25 years after Mary Poppins, the sequel features Poppins returning to the new generation of the Banks family after they experience a loss. Michael Banks (Ben Whishaw) has three children: Annabel, Georgie and John.

A novel about glamour, surveillance, and corruption in contemporary Cuba, from an internationally bestselling author who has never before been translated into English

Cleo, scion of a once-prominent Cuban family and a promising young writer in her own right, travels to Spain to collect a prestigious award. There, Cuban expats view her with suspicion, assuming she’s an informant for the Castro regime. To Cleo’s surprise, that suspicion follows her home to Cuba, where she finds herself under constant surveillance by the government. When she meets and falls in love with a Hollywood filmmaker, she discovers her family is not who she thought they were… and neither is the filmmaker.

—With files from Chris Jancelewicz