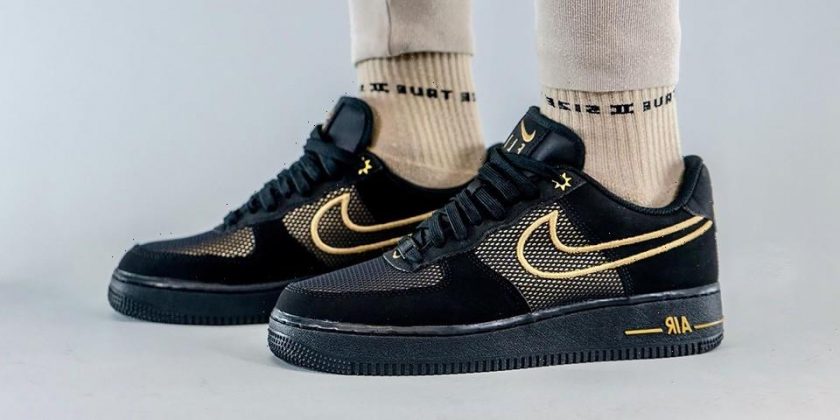 The various materials and added embellishments of this impending variation are the highlights of the shoe. As opposed to making use of the usual leather uppers, the Nike Sportswear team instead manufactures the rear side panels and forefoot overlays with a smooth nubuck, both of which arrive with black finishes. The toe boxes and quarter sections each feature golden backdrops but are fenced in with a layer of black mesh on top. Only the outline of the Swoosh is present on the lateral and medial sides, both being embroidered in with a golden hue. Steering away from the traditional Nike Air branding on the tongues and heels, these go with a Swoosh logo and a “FLY” text spell outs that rest underneath. Additionally, the eyelets have been modified with star shapes and provide another element of pop as they are flooded in yellow. Save for the golden Air hits on the midsoles, the rest of the bottom unit is engulfed in all-black.

No release date has been confirmed just yet, but it’s likely that these could drop via Nike and other retailers in the coming months.