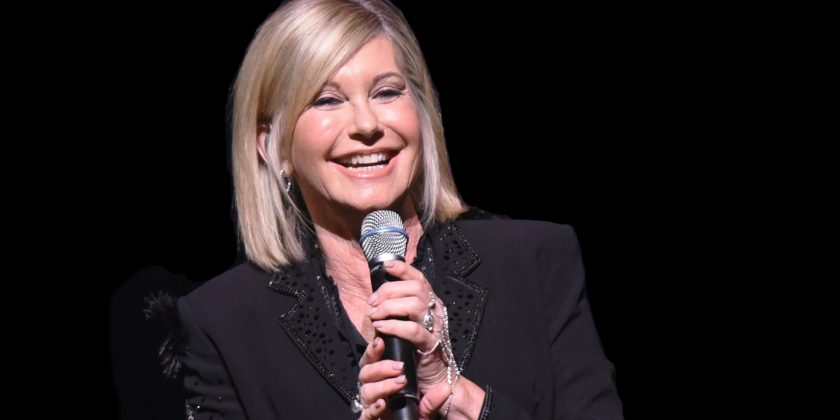 It’s time to set the record straight. There have been questionable claims that Olivia Newton-John is near death as she fights cancer for the third time in her life. One of Newton-John’s relatives has come forward to confirm on the record that the rumor is simply not true. If anything, we can breathe a sigh of relief because that it appears that Newton-John is still fighting the good fight.

As reported by E! News, Newton-John’s niece, Tottie Goldsmith, stated in a recent Instagram post that Newton-John is in “good health.”

“Just giving you the heads up that Livvy is in good health, so let’s leave that distressing rumor where it belongs,” Goldsmith wrote on Wednesday, adding in a butterfly emoji for good measure.

Goldsmith’s “distressing rumor” mention most likely refers to a shady, if not totally questionable report from RadarOnline that alleged Newton-John is “clinging to life” just so she can see her daughter, Chloe Lattanzi, get married this year. A source claimed that Newton-John’s “bodily functions appear to be shutting down” while RadarOnline included a suspect comment from Newton-John (as told by another source) wherein the actor claimed she wanted “to go on [her] own terms.” The report doesn’t substantiate any claims made about Newton-John’s current bill of health, only adding to our doubts that this report should be believed in the slightest; luckily, we have Goldsmith’s Instagram post to act as proof not to trust RadarOnline’s report.

Just giving you the heads up that Livvy is in good health, so let’s leave that distressing rumor where it belongs ?

Speaking with Australia’s Seven Network, Goldsmith continued to refute any claims that Newton-John was near death, commenting, “You can rest assured she is going nowhere and in really good health. A sick rumor.”

It’s certainly good to hear that these claims aren’t true and that Newton-John is continuing to fight what will be her third cancer diagnosis since 1992. Her first diagnosis revealed she had breast cancer, for which she underwent chemotherapy and had a double mastectomy. In 2013, a malignant tumor was found in Newton-John’s shoulder, which she treated with medication and natural therapies that reportedly shrunk the tumor but it still metastasized. Unfortunately, that brings us to her third cancer diagnosis in 2017 (which she revealed publicly in September 2018), where a tumor was discovered at the base of her spine.

Newton-John hasn’t released a statement on the rumors around her health at this time. We’re just happy to know that she is doing well.