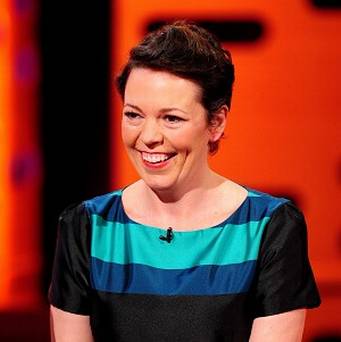 Olivia Colman found gaining weight for her role in ‘The Favourite’ to be “quite fun”.

The 44-year-old actress stars as Queen Anne in the 18th century comedy drama movie, but rather than going through rigorous dieting she actually got to eat more than usual as she put on over two stone for the part.

Speaking to the Daily Express newspaper, she said:  ‘I had to put on a lot of weight for it, so that was quite fun.

“She was very big and he [director Yorgos Lanthimos] wanted to see that on camera … and I didn’t want to use prosthetics, so I spent a few months eating, which was enjoyable, but then became quite depressing. Because it goes on so easily but, gosh, it doesn’t come off as easily!

“I ended up putting on about two-and-a-half stone. There was no technique.”

Her comments come after she recently revealed she refused to strip her clothes off for one particular scene in the movie in which Lady Sarah (Rachel Weisz) walks in on a sex scene between Anne and Baroness Abigail Masham (Emma Stone).

Olivia said: “There wasn’t actual nudity. Yorgos asked and I said I absolutely won’t. There is no way.

“I think he said it would be great if everybody was able to. And I said, ‘No’. And he replied, ‘Right’.”

And although the ‘Broadchurch’ star was against the idea, 30-year-old Emma was more than happy to strip bare.

She said recently: “I had the sheet up around me.

“And as we were shooting it and we did a few takes, I said, ‘Can I please just be [naked]?’ I think it’s going to give Sarah something to look at when she sees that I’m not just under the sheet covered up.

“I was like, this makes sense to me. It’s an absolute [Stone flips the bird] to Sarah.”