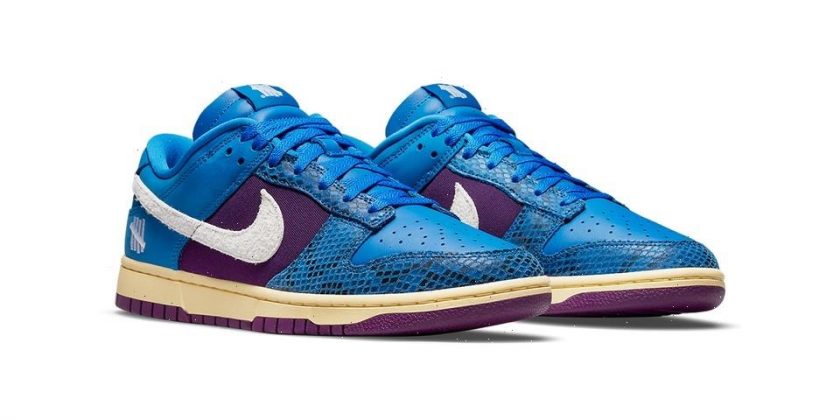 The impending offering is a love letter to the past as its combination of colors and reptilian textures are a nod to the LA streetwear company’s Nike Air Force 1 Low InsideOut collaboration from 2006. A royal blue tone makes the strongest presence on these collaborative kicks as it stands out atop the leather toe boxes and tongues, nubuck heel overlays, collars and interior lining. It also appears on the forefoot overlays but it’s mixed in with black snakeskin scales. Subtle notes of white also pop up on the uppers through the suede Swooshes, five strike branding on the tongues and lower lateral heels and the Nike lettering that’s embroidered into the rear. Quarter panels provide some darker contrasting and come filled in with a regal purple. Midsoles are pre-yellowed to channel a vintage-y effect and come connected to purple treading.

UNDEFEATED and Nike have not confirmed its exact release date yet but it’s likely that these will see a release in the coming months.

If you haven’t already, be sure to peep a closer look at the Nike Dunk Low “SiEMPRE Familia”.
Source: Read Full Article