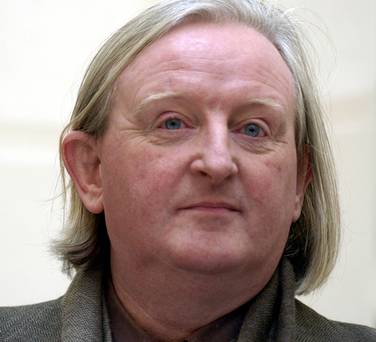 As they walked towards a reception, following a concert at the University of Limerick, philanthropist Chuck Feeney tapped Micheal O Suilleabhain on the shoulder, and, although the musician had no idea at the time who the billionaire was, Feeney told him, “we will be talking later about doing a bit of fundraising”.

Their collaboration resulted in the €20m Irish World Academy of Music and Dance at the University of Limerick (UL), which opened in 2011 with O Suilleabhain, one of the most talented academics, keyboard players and composers of his era, at the helm.

The Academy has drawn students from all over the world and O Suilleabhain, who was Professor of Music at the university from 1994 until his retirement in 2016, has continued to actively promote what is now regarded as a world centre of excellence.

His decision to leave University College Cork (UCC), where he had succeeded the legendary Sean O Riada as Professor of Music, arose out of an invitation to lunch in January, 1991, from Ed Walsh, the ambitious founder of the University of Limerick.

Walsh asked O Suilleabhain if UL established a ‘chair’ of music, would he and his then wife, the singer Noirin Ni Riain, join the university.

They said they would, but then UCC put in a counter offer. “I cannot tell you how happy I was when he opted for Limerick,” said Walsh in his memoirs. “He and his wife bought a fine house near Newport (Co Tipperary) and he lost no time in putting forward an ambitious plan for music at the University of Limerick.”

With a €500,000 donation to his new Music Department from Tim Mahony of Toyota Ireland, “Michael now had the resources to transform his vision into reality,” said Walsh.

“His high international standing and the quality of his work were demonstrated readily by the large number of international students coming to Limerick on his programmes.”

He also persuaded the Irish Chamber Orchestra, with whom he often collaborated, to relocate to Limerick.

In getting O Suilleabhain, Walsh was not only getting one of the foremost academics in his field, but a man who combined theory with brilliance as a musician, composer and performer.

“It was a young university of course, hungry for new ideas… I found an amazingly fertile atmosphere, a university that was good at fundraising, a very bright and snappy young university, ready for new ideas, ready to prove itself and compete at an international level… the idea of a chair of music was accepted as something central, so that was great,” he later told the Limerick Leader newspaper.

Micheal O Suilleabhain, who died at the Milford Care Centre in Limerick after a lengthy illness last Wednesday at the age of 67, was born in 1950 in Clonmel, Co Tipperary, where his parents had a grocery shop.

He repeated his Leaving Certificate to avail of the new free third-level education introduced by Donogh O’Malley and was the first of his family to go to university.

He studied music under Sean O Riada and Aloys Fleischmann at UCC where he met his wife Noirin Ni Riain. He graduated with an MA in 1973 and the couple moved to the Ring gaeltacht in Co Waterford where they worked as teachers and learned Irish. He returned to Cork to join the Music Department of UCC in 1975, where he eventually became Professor. He did a PhD (1987) in Queen’s University, Belfast.

He was a visiting Professor at Boston College in 1990 and founded archives of traditional Irish music in America and Britain and recorded with his wife, other musicians and a variety of orchestras at home and abroad over the decades.

“I am anything but a mainstream, identifiable composer, so therefore I don’t always fit into the necessary boxes,” he told The Irish Examiner in an interview last year, before embarking on a series of concerts. “There is a natural default position in the system – I spent my life in universities, so I know all about them – whereby everybody wants to tidy up everything, it is easier to have everyone in their own little box.”

It was certainly difficult to put O Suilleabhain into any particular box. Among the foremost academic musicians in Ireland, he was also a multi-instrumentalist and is best known for his distinctive piano and keyboard interpretations of Irish tunes and his own compositions, which contained Irish traditional idioms, combined with jazz and classical influences.

“From my early 20s, once I realised that I was kind of stuck with the piano, that was my instrument, in a way I used it to allow, almost like a cultural crossroads, lots of different voices to interact with each other,” he explained.

His first record, Ceolta Eireann, was released by Claddagh Records in 1976 and, with Gael Linn, Virgin and EMI, he followed this over the years with The Dolphin’s Way, Phoenix Rising, Celtic Joy and various collaborations with the Irish Chamber Orchestra and the RTE Concert Orchestra. He also played with Van Morrison, The Gloaming and many other traditional musicians. Among his most recognisable compositions is the haunting tune Woodbrook. He also recorded traditional music in the Shetland and Cape Breton Islands as well as in Britain and America. Over the years, he received a series of honorary doctorates and other academic and music awards.

Micheal O Suilleabhain officially retired in late 2016 after 22 years at the University of Limerick, but continued to hold the title of Emeritus Professor of Music and he continued to perform until constrained by illness.

“If you look into your heart and body and you find you are carrying this talent and you have a passion to go with it, you have to follow your heart, your instinct,” he said.

They divorced in the late 1990s and his former wife, who now lives with the monks in Glenstal Abbey near the couple’s home in Newport, was among the wedding guests when he married Professor Helen Phelan in July, 2017. They have one son, Luke.