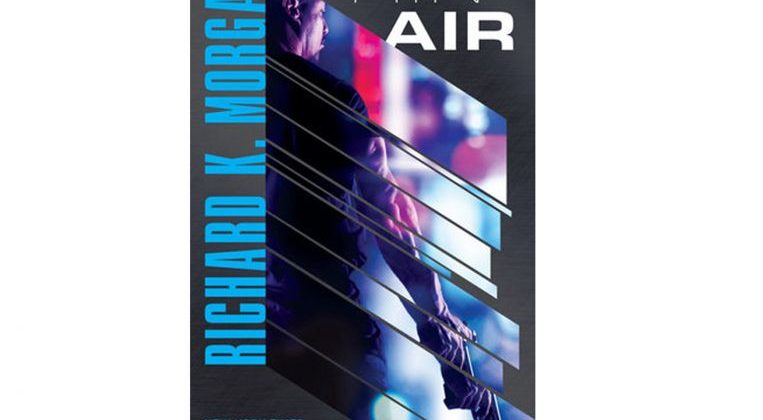 Imagine a hard-boiled detective novel – tough guys, femmes fatale, more guns around town than brains and corruption through the roof. Now, imagine it on Mars.

Such is the premise of Thin Air, British author Richard K. Morgan’s return to science fiction, which upgrades the setting of the classic pulp noir to a seamy Mars colony where fake “paprika” skies produce sad attempts at rain and your health gets updated by “code-flies”.

You know those annoying system updates that your smartphone keeps trying to download? Imagine if you were the smartphone and your updates were delivered by bites from bionic mosquitoes.

The hardened sleuth here is Hakan Veil, once an Overrider, a deadly genetically enhanced operative kept on ice in a spaceship and awoken in the event of an on-board emergency.

Fired for a failed mission, stripped of his superior biotech and exiled to Mars, Veil scrapes by doing hits for local gangs and hibernating for a third of the year.

While in jail for one such hit, he is strong-armed by caustic police lieutenant Nikki Chakana into acting as a bodyguard for Madison Madekwe, an enigmatic auditor who has arrived from Earth amid escalating interplanetary tensions. She is investigating the disappearance of Pavel Torres, a nobody grifter from Mars’ lawless Uplands, who won the lottery to go back to Earth, but never caught his ride. Thin Air has perhaps a little too much in common with Altered Carbon, the much-lauded novel on digitised humanity and body-swopping that propelled Morgan onto the scene in 2002 and was recently made into a hit Netflix series. Both feature hard-wired antiheroes dragged out of stasis and saddled with cases mired in corruption at the highest levels.

But Thin Air lacks the slick sharpness of Altered Carbon, where the world-building unfolded with the efficiency of a disembowelling knife. Instead, Morgan’s dizzying sketch of Martian cities in the first few chapters is overwhelming and jargon-heavy, like being stung incessantly by code-flies.

That said, he has not lost his touch for action. The book takes a while to get going, but when it does, it crackles. The fight scenes seem to spring off the page.

Morgan does not stint on the brutality as is his wont. There are visceral descriptions of gun-shot wounds, knives in eyes and one moment of literally face-melting violence.

Veil reads like a souped-up, fouler-mouthed version of the Continental Op, a creation of pioneer hard-boiled writer Dashiell Hammett. In Red Harvest (1929), the Op goes into a corrupt town called Poisonville to clean house; Veil takes on a planet’s worth of nasty frontier politics.

Nitpicks aside, it is good to see Morgan back in this genre. Thin Air may not exactly take your breath away, but it does deliver the thrills.

If you like this, read: Leviathan Wakes by James S.A. Corey (Orbit, 2011, $18.19, Books Kinokuniya), the first book in the Expanse series, set in a future where humanity has colonised much of the solar system. A space station detective is tasked to locate the daughter of a wealthy magnate, whose disappearance is linked to the destruction of a civilian ice-hauler in space.