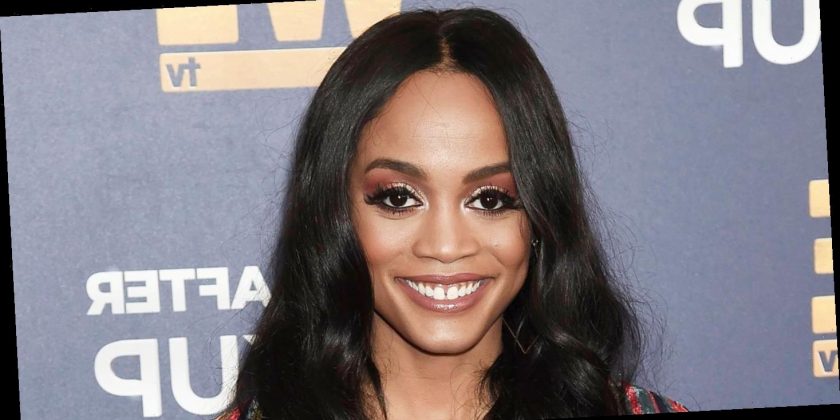 No hitting pause! Despite hopes that production would take a break before a new season of The Bachelorette following the controversy surrounding Chris Harrison, Rachel Lindsay stated that the new season is moving forward.

“They’re already there, like, at least they’re quarantining for it. There’s no pause on it,” the former Bachelorette, 35, said on the Tuesday, March 9, episode of the “Bachelor Party” podcast. She then added that she will not be a part of the upcoming season since changes have not been made.

Inside Matt James’ Close Bond With His Mom: What We Know

“Anybody that’s standing up for change, I don’t understand how you could be a part of this current season. As we have seen in this current episode, there is still so much work to be done. I don’t want my name to be affiliated,” Lindsay explained. “I have heard that there are several people of color who have removed themselves from the show, that were a part of casting for this current season.”

The Texas native went on to note that Harrison, 49, defending contestant Rachael Kirkconnell following her racially charged Instagram posts has a “lingering impact” on those who work within the franchise.

Harrison chose to take a break from the show after the controversy, and Emmanuel Acho will temporarily take his place, hosting the After the Final Rose special, set to air after the Monday, March 15, finale.

Lindsay also has taken a hiatus from her “Bachelor Happy Hour” podcast but wanted to join this podcast following the Monday, March 8, episode of The Bachelor, during which Matt James‘ estranged father joined. The attorney explained that she was “disturbed” by the fact that the conversation between the men was shown, claiming that it only perpetuated racial stereotypes of Black fathers.

“If the Bachelor franchise has shown us anything, it is that they don’t know to protect people of color, they only know how to exploit them. They only know how to mishandle situations when they come to race,” the Bachelor alum said. “This should have never been aired for America to see. … This conversation may have been necessary for Matt. Maybe Matt did need this, but this was a conversation that should have been just for Matt, but for the rest of the world to see it shows that you don’t care about your contestants — specifically the ones of color. The fact that you were so willing to throw him under the bus and exploit him for stereotypes within the community for what you would call ‘good TV.’”

Lindsay added that she knows “for a fact” that James, 29, was “uncomfortable with this conversation and the fact that it was going to be aired.”