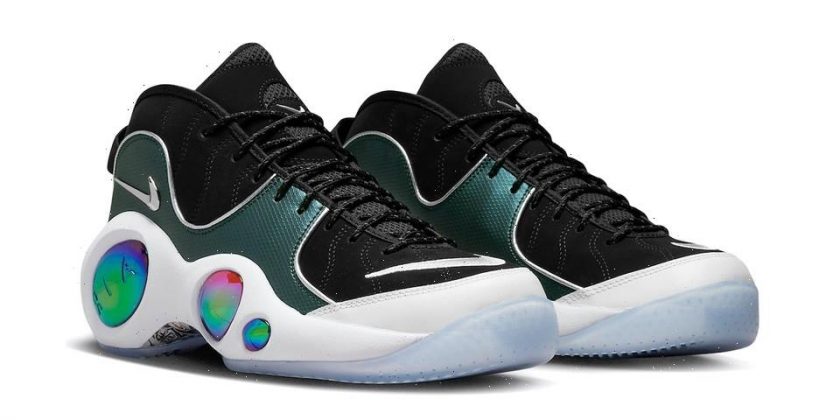 Following the Air Max 97 silhouette joining the “Mighty Swooshers” collection, Nike has now added the Zoom Flight 95 to the exclusive squad of sneakers.

The “Mighty Swooshers” collection already consists of the Dunk Low, Air Force 1, and Air Jordan 1 Low and now this mid ’90s-inspired sneaker has been brought into the group with dazzling finishes on the midsole along with a hexagonal texture on the upper armor. When looking at the finer details of the shoe, a comic book-like illustration has been introduced to the design while an actual miniature comic book cover has been attached with a hangtag.

Other details include “The Battle of Dimension Six” and “Nike And The Mighty Swooshers” printed on the comic book illustrations on the translucent outsole. Rounding off the design, the stand-out Swoosh has been colored in a metallic finish, nodding to the futuristic and space-like nature of the “Mighty Swooshers.”

You can see the