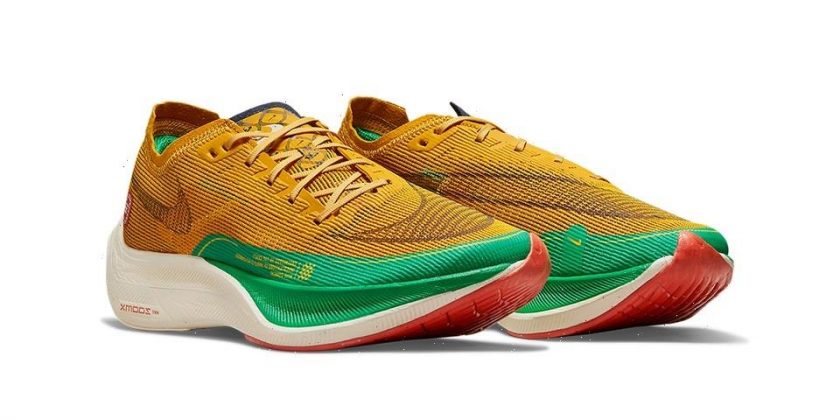 1972 was a significant year for

Equal parts runner and history lesson, the kicks’ design kicks off with a “Dark Sulfur” hue that wraps around its knitted upper from the toe box to the heels. This is complemented by a duo of Swooshes that are stitched in with “Light Sienna” and “Thunder Blue” accents, one of which arrives towards the lateral heel while the other is blown up on the medial panel. Along the forefoot, “Stadium Green” drips on the overlay and bleeds down into the Zoom-stuffed midsoles. “1972” markings can be found atop the heels in marathon time-inspired font as well as inside the red squares that lie below the lateral Swoosh.

You can add these to your running rotation right now as they are available through Nike for $260 USD.