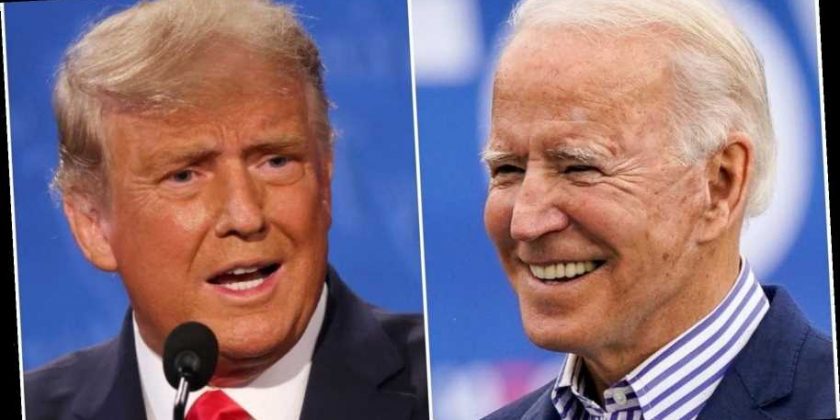 Even Nickelodeon’s attempt to engage future voters in a mock presidential election couldn’t escape the shadow of real-world politics this year.

The TV network unveiled the results of its seven-day online “Kids Pick the President” poll late Tuesday, showing Democratic nominee Joe Biden as the winner with 53% of the vote to President Donald Trump’s 47%. The results were aired in a “Nick News: Kids Pick the President” special that allowed young viewers to speak out on topics such as racial inequality and climate change. Hosted by Keke Palmer, the event was geared toward viewers between the ages of 6 and 14, and featured appearances by stars including Miranda Cosgrove, Usher and Maddie Ziegler.

This being 2020, however, even the mock election was subjected to bitterly divisive politics.

Organizers discovered on Oct. 21, just one day after the poll had launched, that users on online forums had discussed cheating on various threads, according to a news release on Nickelodeon’s website. The Viacom-owned kids network then employed a “voter certification tool” that identified and removed more than 130,000 bot-generated votes, ensuring only votes that were placed individually counted toward the final tally.

“Though kids are not of an age to vote, ‘Kids Pick the President’ is a platform where their voices do count, and they deserve to be heard,” Nickelodeon officials said in a statement. “And just as kids value honesty and fairness, so do we at Nickelodeon. Therefore, out of respect for kids everywhere and in the spirit of civic responsibility, we present the name of the winner based on votes cast fairly and within our stated guidelines of one vote counted per household device.”

“It would be funny to have it seem like the kids picked Trump when Nick literally airs [Black Lives Matter] propaganda,” one user wrote.

Nickelodeon launched its first “Kids Vote” initiative during the 1988 U.S. presidential election in an effort to “amplify kids’ voices and opinions and raise their awareness of the electoral process.”

The network said its would-be electorate has correctly chosen the next president in six out of the past eight elections. In 2004, however, kids incorrectly chose John Kerry over George W. Bush, and in 2016, they opted for Hillary Clinton over Trump.

And though 2020 may mark its first instance of outside interference, “Kids Pick the President” has made headlines before. In 2012, GOP presidential nominee Mitt Romney notably declined to make an appearance on the special, though then-President Barack Obama did appear.