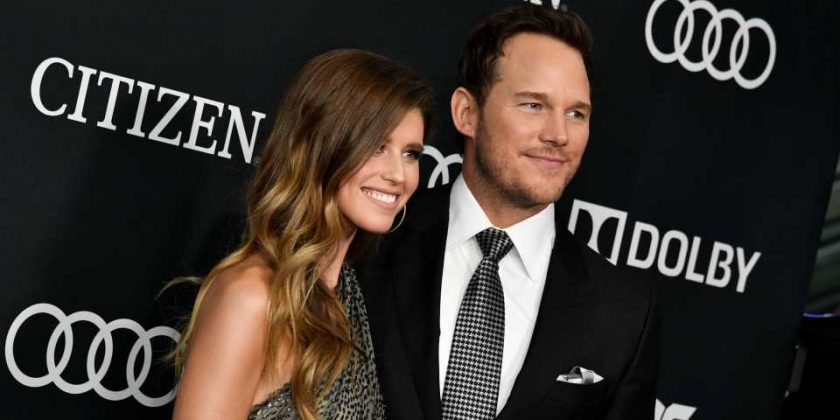 Actor Chris Pratt is more or less synonymous with positivity: from Andy Dwyer on Parks & Recreation to Guardians of the Galaxy, Pratt is known for bringing a smile to viewers’ faces. Now that Pratt has revealed how marrying Katherine Schwarzenegger changed him, it’s clear that it’s Pratt’s turn to get a big, goofy smile put on his face — all courtesy of newlywed bliss. While at the D 23 Expo this weekend, the Marvel star had nothing but good things to say about life with new wife Schwarzenegger. And as usual, Pratt’s good mood can’t help but make us feel happy, too.

Pratt’s weekend trip was for promotional purposes: the new Pixar film Onward is slated for an early 2020 release, but buzz around the film is already in full swing, no small thanks to Pratt’s own star power. Entertainment Tonight couldn’t resist checking in on the state of Pratt’s relationship, given the actor’s tendency to gush over his new bride. And this time was no exception: “Aww man, I’m lucky,” Pratt beamed. “God is good. I feel really good, really blessed. Everything is great.” If that’s not a glowing endorsement of married life, we don’t know what is.

Pratt and Schwarzenegger tied the knot back in June, after approximately one year of dating. Attendees included Jack Pratt, dad Chris’s 7-year-old son with ex-wife Anna Faris, and of course, the full Schwarzenegger clan.

Still chatting with Entertainment Tonight, Pratt turned his attention back to Onward, outlining the film’s plot and talking about why he chose the role. One of those reasons is son Jack — as he grows older, Pratt’s thinking more and more about choosing movies that Jack could enjoy too. “For sure, that’s something that goes into my choices with the movies that I get to do,” Pratt says of his son watching his projects. “I’ve always wanted to do a Pixar movie. Young and old people love Pixar movies, and I’m telling you, this is no exception to how exceptional they’ve done with their films. This film is so good.”