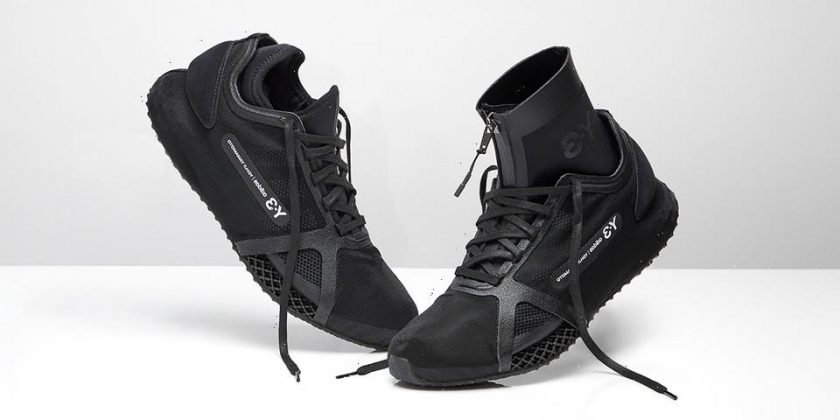 Hot off the heels of unveiling its latest QISAN COZY and AJATU RUN silhouettes, the adidas Y-3 family is further advancing its footwear catalog with yet another model titled the Y-3 4D IOW Runner. The concept behind this latest piece is duality as it has the capability to switch between a mid-top and a low-top.

The offering is primarily manufactured from a breathable mesh material that forges its upper half and it comes packaged with a duo of modular neoprene inserts that allow wearers to go back and forth between its heights. Its foundation is sleek in style and bears a synthetic overlay that runs from the heels to the throat and down onto the forefoot and a suede panel parks itself out on the back end. Branding is found via monochromatic Y-3 hit on the mid-top insert as well as the lateral walls which host traditional adidas Y-3 branding in white.

Its cushioning system features a technical 4D midsole that’s only exposed at the forefoot on the lateral side. A tiny Three Stripes emblem also makes an appearance on the front end of the kicks.