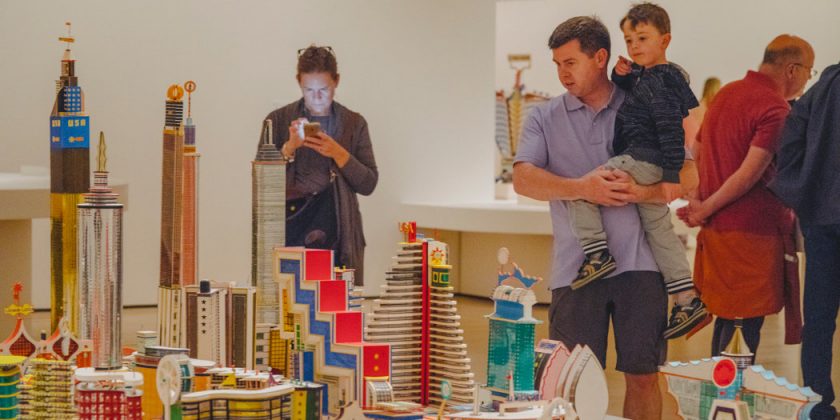 This holiday season you may have more time than you usually do to check out art exhibitions. The problem is, so does everybody else. The flood of tourists, visiting family members, school groups and temporarily freed office workers means that a simple visit to a museum can be more of a production than it would normally be. Because navigating long lines and crowded galleries can be quite daunting, it’s essential to plan ahead.

Early birds will want to make sure they are in line when the doors open at the big four — the Metropolitan Museum of Art, the Solomon R. Guggenheim Museum, the Museum of Modern Art and the Whitney Museum of American Art. The lines will be long, but they move fast and the people in them will soon disperse throughout the museum. On the other hand, it’s O.K. to show up late, especially after 3 p.m. 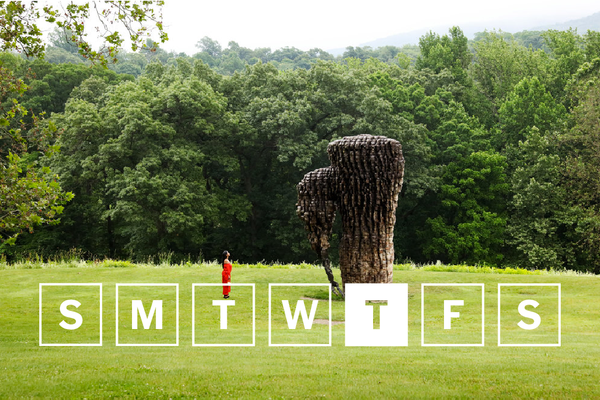 To manage the flow of visitors to its recently opened Warhol exhibition, the Whitney Museum is selling timed-entry tickets and art lovers are encouraged to book in advance — slots do sell out. The museum will also remain open on select Tuesdays during the run of “Warhol,” including Nov. 27 and New Year’s Day; as usual, it’s open late on Fridays and Saturdays (until 10 p.m.) too. The real key may be timing: “One of the best times to come is later on a Saturday (after 6 p.m.) when most of the crowds have gone for dinner,” a museum representative wrote in an email.

With lines regularly forming at the Metropolitan Museum of Art before it opens at 10 a.m., it is advised that visitors dress warmly during the holiday season if they plan to arrive early. If you’re willing to forgo a trip up the Met’s famous stairs, the lines at the street level entrance at 81st street tend to be shorter.

The holidays can be stressful, so if the crowds at the more popular exhibitions and galleries spike your anxiety, the museum recommends visiting the quiet spaces that can be found even during the holiday rush, including the Studiolo from the Ducal Palace in Gubbio (gallery 501), the Buddhist sculpture rooms in the Asian art section (galleries 206, 223-231, 234-240) and the tranquil galleries in the back of the Robert Lehman Wing (galleries 950-960).

Remember that the big museums have extended hours on Fridays, Saturdays or both. Most museums are open on Christmas Eve and New Year’s Eve, but closed on Thanksgiving, Christmas and New Year’s Day. (It’s always good to check websites to be sure, especially for commercial art galleries, many of which close for extended periods during the holiday season.) Here’s a small sampling of some of the exhibitions we’ve raved about over the past few months. 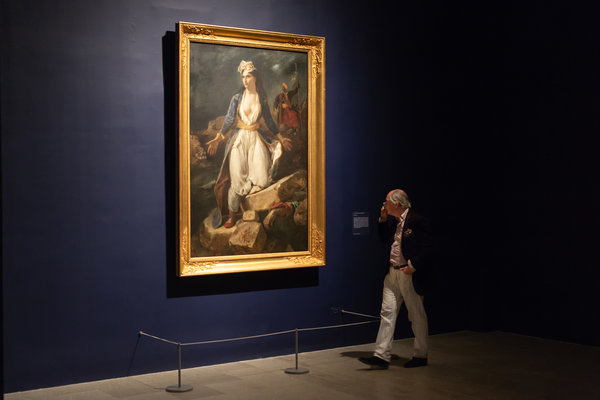 ‘DELACROIX’ at the Metropolitan Museum of Art (through Jan. 6). “You can find all of us … in Delacroix,” Cézanne once said of this Romantic paragon of 19th-century French art whose radical use of color and paint inspires artists to this day. The clock is ticking, however, on Delacroix’s first full-dress retrospective in North America. It’s worth seeing, despite some omissions. There are enough prized Delacroixs — nearly 150 paintings, drawings and prints including the hypnotic “Women of Algiers in Their Apartment” and the grim “Greece on the Ruins of Missolonghi” — on hand to account for an astounding career, Roberta Smith wrote in her review. 212-535-7710, metmuseum.org

‘SARAH LUCAS: AU NATUREL’ at the New Museum (through Jan. 20). Thirty years into her career, this provocative British artist has her first American retrospective. Her self-portraits are among her weapons — “plain, androgynous and deadpan” — Martha Schwendener wrote in her review. So are her simple yet powerful sculptures like “Au Naturel” (1994). “At just the right moment — the #MeToo moment — Ms. Lucas shows us what it’s like to be a strong, self-determined woman,” Ms. Schwendener wrote. 212-219-1222, newmuseum.org

‘BRUCE NAUMAN: DISAPPEARING ACTS’ at the Museum of Modern Art (through Feb. 18) and MoMA PS1 (through Feb. 25). The most interesting artists go right for the “uncool existential bottom line,” Holland Cotter wrote in his review, and Mr. Nauman has “approached this line by many paths: history, humor, shock, politics and formal variety.” This 50-year retrospective takes up MoMA’s sixth floor and most of MoMA PS1 in Long Island City, Queens. “I strongly urge you to visit both,” Mr. Cotter wrote. 212-708-9400, moma.org; 718-784-2084, momaps1.org

‘ANDY WARHOL — FROM A TO B AND BACK AGAIN’ at the Whitney (through March 31) and ‘SHADOWS’ at Calvin Klein Headquarters, 205 West 39th Street (through Dec. 15). The artist gets his first full American retrospective in 31 years, which makes it a must-see for anyone who cares about contemporary art. The exhibition restores this Pop master, Mr. Cotter wrote in his review, “to a full, commanding view, but does so in a carefully shaped and edited way, with an emphasis on very early and late work.” (The show is supplemented by an off-site display of a multipanel painting, “Shadows.”) 212-570-3600, whitney.orgdiaart.org

‘CHARLES WHITE: A RETROSPECTIVE,’ at the Museum of Modern Art (through Jan. 13). He was a teacher and mentor of two towering artists, David Hammons and Kerry James Marshall, but he was also a beautiful artist in his own right. “Hand of an angel, eye of a sage,” Mr. Cotter said in his review. In this career survey, Mr. White shines anew, from his 1939 W.P.A. mural “Five Great American Negroes” (featuring Sojourner Truth, Booker T. Washington, Frederick Douglass, George Washington Carver and Marian Anderson) to “Black Pope (Sandwich Board Man),” which Mr. Cotter calls “his astonishing late masterpiece.” 212-708-9400, moma.org

Tour the World in 3 Shows

‘ARMENIA!’ at the Metropolitan Museum of Art (through Jan. 13). The oldest Christian country in the world has been given the blockbuster treatment with this first major museum exhibition ever devoted to the art of Armenia, Jason Farago said in his review. Spanning nearly 1,500 years, this show, “packed with weighty stone crosses and richly illuminated gospels, is a testament to the centrality of the church to Armenian cultural identity,” he wrote. 212-535-7710, metmuseum.org

‘THE PROGRESSIVE REVOLUTION: MODERN ART FOR A NEW INDIA’ at Asia Society (through Jan. 20). This group exhibition showcases the leading avant-garde painters of India (V. S. Gaitonde, M. F. Husain, Tyeb Mehta and others) in the first years after independence. They vowed to create “new art for a newly free India,” Mr. Farago wrote, adding: “they favored bold, fractured depictions of bodies” and made “use of hot color and melding folk traditions with high art.” 212-288-6400, asiasociety.org/new-york

‘TOWARD A CONCRETE UTOPIA: ARCHITECTURE IN YUGOSLAVIA, 1948-1980’ at the Museum of Modern Art (through Jan. 13). An architecture show that’s a pleasure to look at. No, seriously. This exhibition is a beauty, teeming with sketches, black-and-white photography, large-scale models and drone flyover footage of Bosnian mosques and Croatian resorts. It brings us back “to this vanished Socialist state, whose postwar architecture had all the ambition and invention found in the United States, Brazil, Japan and other centers of building at the time,” Mr. Farago wrote in his review. 212-708-9400, moma.org

‘HILMA AF KLINT: PAINTINGS FOR THE FUTURE’ at the Guggenheim (through April 23). Spend some time in this “staggering exhibition,” as Ms. Smith put it in her review, “if you like to hallucinate but disdain the requisite stimulants.” Enough said! But wait. There’s more: Af Klint’s works come several years before Kandinsky, Malevich and Mondrian — long-considered the main innovators of modernist abstraction — and “explode the notion of modernist abstraction as a male project.” 212-423-3500, guggenheim.org

‘POSING MODERNITY: THE BLACK MODEL FROM MANET AND MATISSE TO TODAY’ at Wallach Art Gallery, Columbia University (through Feb. 10). This exhibition spanning over 150 years, Ms. Smith wrote in her review, “revisits mid-19th-century Paris to examine the significance of black female models in paintings from the earliest years of European modernism.” It starts with Laure, a model who posed as a maid in Edouard Manet’s “Olympia” (1863), and continues to the present day. 212-854-6800, wallach.columbia.edu

‘SOUL OF A NATION: ART IN THE AGE OF BLACK POWER’ at the Brooklyn Museum (through Feb. 3). With over 150 works, this exhibition examines the unjust social conditions facing black Americans from the 1960s to the ’80s. “No citizens know the national narrative, and its implacable racism, better. And no artists have responded to that history-that-won’t-go-away more powerfully than black artists have,” Mr. Cotter wrote in his review of this show. 718-638-8000, brooklynmuseum.org

‘EVERYTHING IS CONNECTED: ART AND CONSPIRACY’ at the Met Breuer (through Jan. 6). It’s probably not surprising that artists have tracked, critiqued and sometimes embraced conspiracy theories. This show traces some of that output, and is dedicated to Mike Kelley, “whose abject art often intertwined personal anxieties and desires with public misdeeds,” Mr. Farago wrote. Other artists here include John Miller, Cady Noland, Jim Shaw, Lutz Bacher and Jenny Holzer, whose LED displays use documents of American actions in Iraq. 212-731-1675, metmuseum.org

‘HARRY POTTER: A HISTORY OF MAGIC’ at New-York Historical Society (through Jan. 27). The latest in the series of “Harry Potter” prequels, “Fantastic Beasts: The Crimes of Grindelwald,” is now in theaters, but consider this exhibition the true “Harry Potter” origin story. It gives fans a glimpse of the folkloric, cultural and scientific influences on the magic of the popular series. 212-873-3400, nyhistory.org.

‘AT ETERNITY’S GATE’ Willem Dafoe’s portrayal of an aging Vincent van Gogh is already generating Oscar buzz, but this new film by Julian Schnabel is more than an acting showcase. Manohla Dargis wrote that it is also “an argument for art.” As a bonus, viewers get to see reproductions of van Gogh’s paintings credited to Mr. Schnabel, Mr. Dafoe and Edith Baudrand. Now in theaters.

‘THE PRICE OF EVERYTHING’ Nathaniel Kahn pulls the curtain back, at least a little, on the relationship between art and commerce in his recent documentary by interviewing critics, curators, artists and auction-house executives. What he reveals is a tangled web of sometimes conflicting and sometimes harmonious interests that play a big role in who sells what for how much. But as A.O. Scott pointed out in his review: “while this colorful and inquisitive cinematic essay on the state of the art world is occasionally skeptical and consistently thoughtful, cynicism isn’t really on its agenda.” On HBO.

‘GENERATION WEALTH’ Decadence is an abiding obsession for the artist and documentarian Lauren Greenfield. Her film, which blurs the line between entertainment, anthropology and social critique, sketches the many forms that avarice and greed assume in contemporary society. It’s not just the much-maligned 1 percent that finds itself under the microscope. The strivers and other aspirants are featured, too, as are those who have no choice but to hustle. Available to rent and buy on Amazon.

‘BOOM FOR REAL: THE LATE TEENAGE YEARS OF JEAN-MICHEL BASQUIAT’ As a veteran of the downtown scene in 1980s New York, Sara Driver is well positioned to tell the story of Michel Basquiat in way that hasn’t been done before. Here she focuses on Basquiat’s life before he was an art world superstar and bohemian idol, when street art and the mundane pressures of everyday life were his focus. Using archival footage and interviews with some of those who knew him, Ms. Driver endeavors to excavate the man from the myth. Available on YouTube, Google Play, Amazon Prime and Hulu.

‘LOVE, CECIL’ Cecil Beaton was a man of many talents, and all of them are on display in Lisa Immordino Vreeland’s documentary about this influential aesthete. Ms. Vreeland sets Beaton’s accomplishments as a photographer, artist, and set and costume designer in the context of his journey from an upper-middle-class young man with artistic aspirations to one of the 20th century’s last great dandies. Available to rent and buy on Amazon.