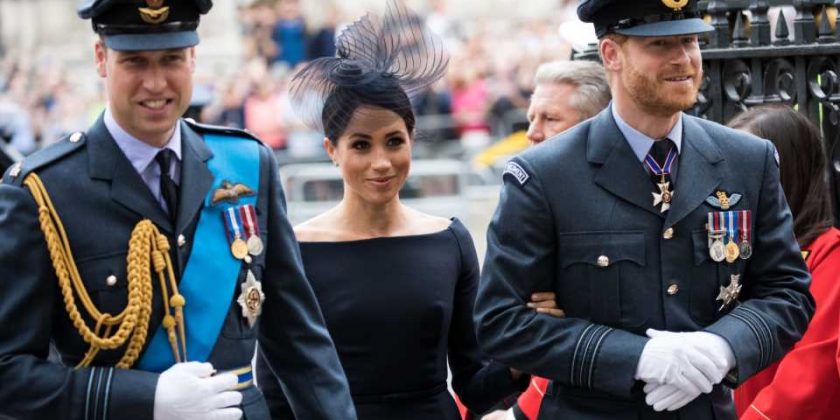 The latest development in the world of royal rumors isn’t just ludicrously unfounded — it’s downright cruel. First, there were allegations that Prince William had an affair with Rose Hanbury. Then, there was Twitter fury over the British media ignoring the rumors while attacking Meghan, Duchess of Sussex. And now, there’s a wild rumor that William has been in cahoots with the U.K. media for precisely this purpose, encouraging them to bash Meghan to keep his own misdeeds out of the public eye.

On April 21, The Times made claims that William was in contact with the British press — and supported their ongoing campaign against Meghan. The article focused on the alleged rift between the Sussex royals and the Cambridge royals, citing Prince Harry and Meghan’s “modern approach” as the cause, and setting off those ridiculous rumors that Harry and Meghan were being driven out of England and sent to Africa.

The quote that ruffled everyone’s feathers from the article was the following: “This sense of embattlement has been entrenched by William’s decision to reach out to senior figures in the media as he prepares for kingship and by the apparent decision of those same newspapers to side with the palace over Meghan and Harry by peddling the most negative coverage of the duchess’s relationship with her father, Thomas Markle.”

(Note: the below tweet incorrectly attributes the quote to a Telegraph reporter; it was printed in The Times.)

Of course, if William did do something of the sort it would be despicable. But, like every other aspect of these rumors, there is absolutely no evidence to support it — only shadowy sources claiming inside knowledge of the royal family. And Twitter, in typical fashion, is not waiting for evidence before making its feelings known: feelings that, once again, assume the worst of Prince William.

While I can appreciate the public’s desire to protect Meghan from further bashing in the press — especially as she’s going into labor any day now — the number of accusations being thrown at William without a shred of evidence are simply mind-boggling. Let’s agree that British tabloids need to ratchet down their Meghan coverage by a mile, but equally asses our own responsibility to fact-check when presented with the opportunity to criticize. Just because William hasn’t started suing every paper that speaks ill of Meghan (which, for the record, would be quite odd and likely unwelcome), we can’t assume that he’s responsible for those papers’ contents.