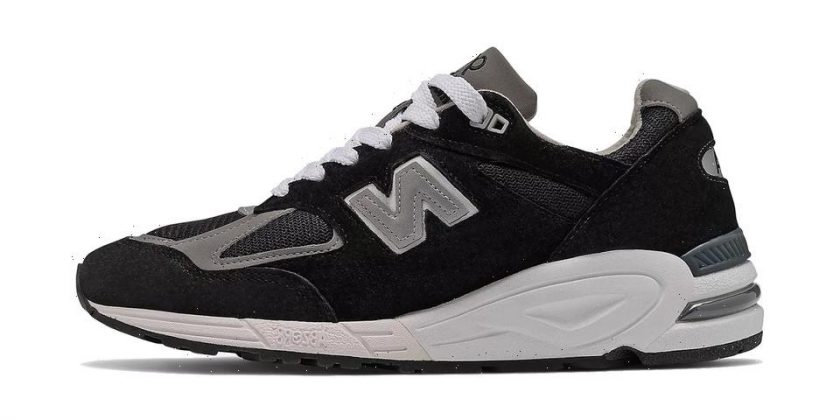 The second of six models in the 990 lineage, New Balance‘s 990v2 is a cult favorite that, in the past few months alone, has released as part of NB’s “Version Series” and been teased as the centerpiece of a forthcoming WTAPS collaboration. Now, it’s hit the market in two no-frills colorways: black and navy, the latter of which is so dark that it almost looks black itself.

Each pair in this duo features high-quality made in the USA construction, and combines sporty mesh with supple suede. Silver and gray are worked into the mix as well, with the former appearing on the midfoot’s N logo and the heel’s oval-shaped badge while the latter bolsters heels, tongues and toebox overlays. TheUSA-made nature of each shoe is acknowledged by embroidered hits on the tongue and heel. Down below, two-tone ABZORB midsoles feature a swirling, circular detail under the arch. The black pair opts for a lighter gray on this detail, while the navy pair that looks black goes for a darker gray.

Both of these made in the USA 990v2s are available in select sizes on the New Balance webstore. The MSRP for each is set at $175 USD.

If you’re on the hunt for more news about new sneaker releases, be sure to check out the latest installment of HYPEBEAST’s weekly Best Footwear Drops list.
Source: Read Full Article