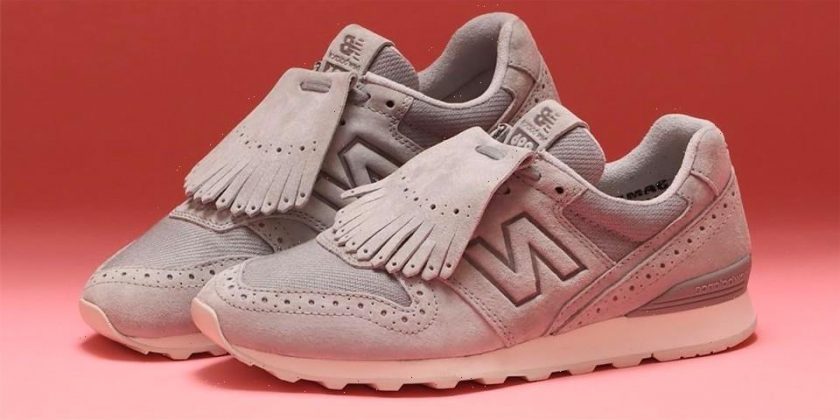 The New Balance 996 originally debuted in 1988, and since then it has served as one of the sportswear giant’s signature shoes to become a cult classic among New Balance fans. Now, the iconic pair is set to get a vintage update, served up in gray suede alongside traditional footwear design details.

Unavoidably, the 996 is seen wearing a kiltie — a fringed covering that attaches to the laces and hangs on top of the tongue, as is typically seen on formal footwear. More traditional elements grace the shoe’s upper, such as the perforated decorations on the toe box and heel stripe, once again likening the pair to old school brogues.

Elsewhere, typical New Balance touches such as a gray mesh tongue and toe box adorn the upper, while branding on the tongue is served in the same luxurious suede that makes up the uppers. “NB” is etched into the heel, while more branding graces the heel clip, ensuring that beneath the sneaker lies TPU counter support and ENCAP midsole technology.