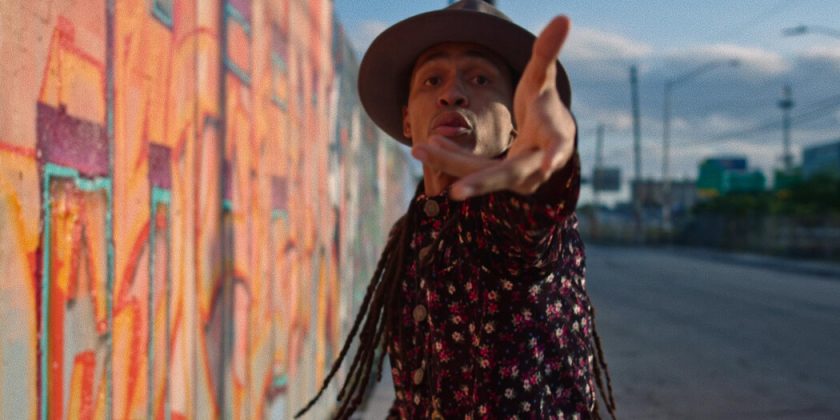 The camera’s eye roves over the dancers’ bodies, and overlaid on the images are headlines, in bold orange letters. The words announce the themes: “Transgressions,” “Struggle,” “Meaning,” like an inspirational poster. The dancers behind them simply become moving watermarks.

This isn’t a commercial — though it recalls the kind of work that might pass through the offices of Nike or Adidas. It’s “Move,” a stylish six-part Netflix documentary series. Each episode features a dancer (in one case, two) and his or her innovative way of moving.

But despite the show’s dogged determination to prove the artistry behind these dancers’ styles, it objectifies its performers under the guise of revealing them. It strips them down to clichés, reducing them to the splashiest parts of their stories instead of illuminating them more holistically — and authentically — as artists and creators, and of course as three-dimensional people.

In Episode 2, the Israeli choreographer Ohad Naharin speaks about how dance is inexplicable: “It’s a little bit like, can you explain to a blind person the sunset? Or can you really tell a dream without ruining it?” And yet, this is the very thing “Move” tries to do: define dance, and, even less productively, define what it means to be a dancer. More than anything, “Move” is interested in delivering the dancer as a type. 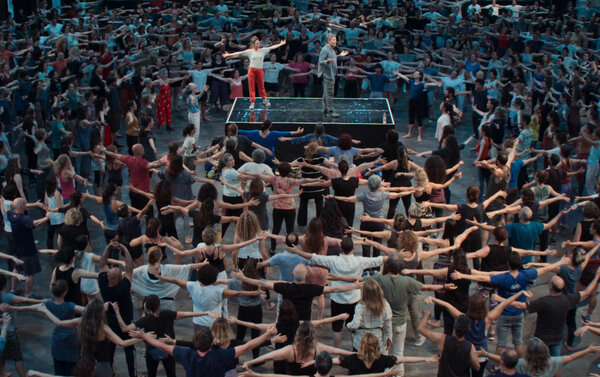 The show subscribes to a narrative of the artist as renegade, rising from poor circumstances and facing opposition before gaining recognition and a sense of total self-assurance. This timeworn idea, here really a formula, is apparent from the first episode, about the jooker Lil Buck and the popper Jon Boogz. Buck and Boogz are paired in the episode because they’re partners. But“Move” conflates their stories, which are both about rising from lower-income homes and violent environments, packaging these Black men as model minority artists.

In this, as in every episode, the dancers and other interviewees are shown speaking in perfectly quotable sound bites you could imagine printed on a bumper sticker on a dance mom’s minivan.

Even the visuals are painfully didactic and reductive: Scenes showing the dancers talking about their hardships are intercut with footage of them dancing or their choreography being performed — a trite point-counterpoint about the ability of arts to transcend and heal all wounds.

But most egregiously, for a series about dancers, “Move” doesn’t seem to care much about dance. The series doesn’t trust the art to speak for itself or hold our attention, so instead of full segments of choreography, we get hyper-stylized snippets, often captured in slow motion at snappy, distracting angles. The camera peers at our dancers as they walk down the street, rendered (again) in slow motion, so that they’re shown as romantic caricatures of dancers rather than as three-dimensional individuals.

Because there is, you presume, much more nuance and humanity to these artists. We get hints of it, when, say, the Spanish flamenco dancer Israel Galván talks about how his dancing — in the way he costumes himself but also in the very postures and gestures he uses — reflects his fluid conception of gender. “I want to be a body,” he says, rejecting the strict gender binaries so often associated with flamenco and other forms of dance.

“Move,” though, fails to recognize how its objectifying gaze further complicates this statement and similar ones from others in the series. The dancers talk about being seen and contending with the expectations of cultural traditions and of society. They talk about using their bodies to speak — personally, politically. In the fourth episode, the Jamaican dancehall performer Kimiko Versatile repeatedly says that her style of dance — known for its suggestive gestures, twerks, rolls and gyrations — doesn’t mean that she, as a woman, is submitting to the male gaze or relinquishing her autonomy. She’s dancing for herself, she says. (She is the only female artist represented in the series.)

Even so, there is still the matter of the camera, which greedily eyes Ms. Versatile’s butt and hips. Part of this is simply the approach of the series: “Move” loves to focus on body parts, zeroing in on a dancer’s feet or arms or chest.

This is another problem within the show: It too often isolates these dancers’ bodies and movements, framing that cleaves them from their personhood.

Because the body parts — the butt (“booty,” as the show declares in its signature orange headline) or feet or hips or chest — severed from the person best serve the idea that “Move” is invested in: of the consummate dancer, wholly represented by his or her craft and nothing else.

There’s a thin line between recognizing how art may define, even take over, the artist and dehumanizing the artist in service of delivering a hackneyed idea of what the artist’s life, career path and disposition should look like. “Move” does a lot of looking, but it fails to see.