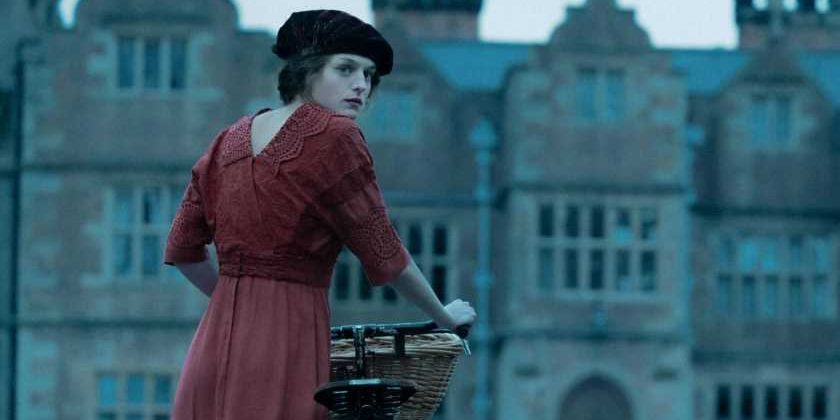 There is an abundance of new TV shows and films coming to Netflix this December, including Lady Chatterley’s Lover, Troll, Emily In Paris season 3, Glass Onion and so much more.

Christmas is upon us, sure, but Netflix’s December line-up of films and TV shows is packed full of non-festive gems, too.

First up, there’s In Broad Daylight: The Narvarte Case, a true crime documentary, as well as a nail-biting new psychological thriller series, Treason.

We’ve also got Rian Johnson’s Glass Onion: A Knives Out Mystery to look forward to, not to mention Emma Corrin’s steamy adaptation of Lady Chatterley’s Lover.

And, of course, we have the much-anticipated third season of Emily In Paris, which promises plenty of fashion and fun as it follows its eponymous Chicago native through her adventures in work and love in the French capital.

Best Christmas films on Netflix: the 39 best movies to stream this winter

Essentially, there truly is something here for everyone to enjoy. And don’t worry: there are plenty more Christmas-themed goodies to get stuck into, as well.

With that in mind, then, here’s our pick of what’s new on Netflix this December.

Please note that this article will be updated regularly to include new titles.

Troll on Netflix: Ine Marie Wilmann stars as Nora in this Scandi horror.

Fans of the Scandi noir genre will absolutely love Troll, an atmospheric (and deeply chaotic) horror from screenwriter Espen Aukan. While we don’t want to give too much away, we will say this: it all kicks off when somethingbegins to stir deep inside the mountain of Dovre, prompting palaeontologist Nora Tidemann to launch an investigation. What she uncovers, though, is far beyond her wildest imagination…

If you watched the first season of Netflix’s Firefly Lane, starring Katherine Heigl and Sarah Chalke, then you will know that it is the sort of TV series that’s guaranteed to make you cry. A lot. Primarily because it’s all about friendship, love and overcoming trauma… and the second season looks little different.

“What could possibly have ended the tight-knit thirty year friendship of Tully and Kate, our ‘Firefly Lane Girls Forever?’” reads the official synopsis for the show.

Something tells us we’re about to find out…

Shot over the course of three years, this documentary examines the extraordinary relationship Robert Downey Jr shared with his father, Robert Downey Sr – not to mention a “lovingly irreverent portrait of the life, career and last days of maverick filmmaker”.

This dystopian drama, which has been adapted from the novel of the same name written by Afşin Kum, explores a world ravaged by a new plague with a unique means of transmission: speech. We follow Murat (Osman Sonant) as he navigates the city of Istanbul with the aid of headphones that protect him from the ‘jabberers’ – those affected by the disease. But what is the secret behind his immunity to the disease? And can he, in his self-imposed world of silence, truly call himself a survivor?

This Chilean original spins the deeply romantic story of a young fisherman who dreams of becoming a poet. When he becomes the postman to Pablo Neruda – the exiled legendary writer, poet and diplomat – he soon finds himself embroiled in a world of metaphor, verse and love.

When a married couple find themselves questioning whether or not their rocky relationship can survive, they decide to use an app that gives (or subtracts) points for each good deed they do to one another. And, as you might have imagined, it’s not long before things spiral out of control…

When Alex (Carlos Cuevas) is ghosted and left heartbroken by the man of his dreams, he decides to demand an explanation via voicenote – but winds up sending it to Bruno (Miki Esparbé), a complete stranger, by mistake. Oops. Cue a very watchable Barcelona-based series about love, hangups and missed connections.

The Most Beautiful Flower – 7 December

Curvy, curly, confident Mich (Esmerelda Soto) knows she’s fabulous. Now she just has to convince everyone else at her Mexican high school to believe it too.

This compelling true crime documentary shines a spotlight on the corruption involved in the police investigation into the 2015 murder of five people in the Narvarte neighborhood of Mexico City.

Boasting the inimitable voices of Ewan McGregor, Finn Wolfhard, Cate Blanchett, Tilda Swinton, Christoph Waltz and more, this Netflix Original promises to whisk viewers away on a whimsical and utterly enchanting adventure – one with a message that is all too perfect for Christmas, aka the season of the heart.

If you loved Murderville as much as we did, you’ll be pleased to learn that senior detective Terry Seattle (Will Arnett) is back to solve another murder – but this time, it’s festive.

That’s right; he’ll be joining forces with Jason Bateman and Maya Rudolph to try and figure out who killed Santa, but, as ever, there’s a catch: his celebrity guest stars aren’t being given the script. They have no idea what’s about to happen to them. And it’s up to them to improvise their way through the case and solve the crime before it’s too late.

A Storm For Christmas – 16 December

A Storm For Christmas, or Julestorm, sees a group of people stranded at Oslo airport over the Christmas holidays. Will they learn an important lesson or two about this time of year? We predict the answer is a resounding yes…

Will Owen be able to navigate the world of power politics and help exonerate Max of a serious crime, before she makes good on her threat to expose the agency? Only time will tell…

BARDO: False Chronicle of a Handful of Truths – 16 December

In this divisive new film, a renowned Mexican journalist and documentary filmmaker returns home and works through an existential crisis as he grapples with his identity, familial relationships and the folly of his memories. And, while some have criticised BARDO: False Chronicle of a Handful of Truths as being bloated and a little too indulgent, others have piled praise upon it for being a cinematic masterpiece.

Are you excited for a new season of Emily In Paris?

A third season of Emily In Paris? It really must be Christmas!

“One year after moving from Chicago to Paris for her dream job, Emily finds herself at a crucial crossroads in every aspect of her life,” promises the synopsis.

“Faced with two very different paths, Emily will have to decide exactly where her loyalties lie – at work and her romantic life – and what those decisions mean for her future in France, all while continuing to immerse herself in the adventures and surprising twists and turns that life in Paris provides.”

This star-studded murder mystery sees legendary Detective Benoit Blanc (Daniel Craig) called in to investigate when someone winds up dead during a luxury holiday on a private Greek island.

Daredevil star Charlie Cox returns to Netflix via Treason, a new limited series from Bridge Of Spies writer Matt Charman. And it’s a must-watch, trust us, as it weaves a story about a successful MI6 agent. Successful, that is, until his past catches up with him in the form of a Russian spy with whom Adam shares a complicated history…

Winter films: 28 non-Christmas movies perfect for the coldest season of all

In this comedy special, Chelsea Handler delves into pretty much every aspect of her life, from her choice to remain childless and alone (with the exception of her dogs) to dating during the pandemic.

Adam Driver and Greta Gerwig star in this apocalyptic comedy, which sees a family’s comfortable suburban life upended when a nearby chemical leak causes ‘the airborne toxic event’.