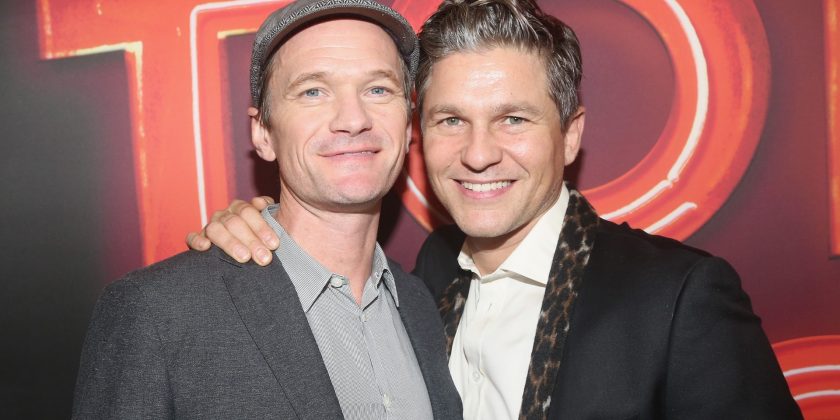 Dancing with the Stars season 27 wrapped up on Monday night with country music radio personality Bobby Bones and dance pro Sharna Burgess taking home top honors. But not everyone thinks the coveted Mirrorball trophy went to the right dance team, and Neil Patrick Harris appears to be one of the disgruntled viewers.

Although Harris didn’t spell out why he was unhappy with the show’s results, others on the internet weren’t quite so subtle with their shade.

Said one unhappy fan, “How did Bobby just win over three other people that completely outdanced him[?]”

Wrote another, “Wow. I am done with #DWTS. The show needs to put more weight on the judges’ votes for it to be taken seriously again.”

Other couch critics commented on everything from the shock on the other contestants’ faces when the winners were announced to how the show’s voting protocol should perhaps be examined.

The celebrity contestants competing against Bones in the finale were Alexis Ren, Evanna Lynch and Milo Manheim — all of whom were favored to win over the radio personality, whose scores throughout the season were typically lower.

The frontrunners of the season, Fuller House actor Juan Pablo Di Pace and pro dancer Cheryl Burke, were unexpectedly eliminated last week ahead of the finale (a decision that prompted a Change.org petition from shocked fans).

“People are so amazing, and the fans are so vocal, so I’m good. I’m really good,” Di Pace told TVLine following his elimination, adding, “But I was still shocked and sad to lose. For me, it’s a talent and a love for dance competition. It’s heartbreaking when you work your ass off.”

Even former DWTS champ Alfonso Ribeiro weighed in on the controversy Tuesday, implying that Di Pace was robbed.

“It’s a shame because Juan Pablo Di Pace was by far the best dancer, the best celebrity on the show this season. And he goes home in the semifinals. Perfect 10s. He’s gotten more 10s than anybody else on the show and he goes home,” Ribeiro told Yahoo TV. “There’s something wrong with the show when that happens.”

As for Bones, he seems to be taking the controversy in stride. On Twitter, he shared a photo of himself and Burgess with their matching Mirrorball trophies, directing the captions to his fans: “You guys did this. Thank you. Champions!”

He also retweeted an article from The Washington Post calling his win the “biggest upset in Dancing With the Stars history along with a popular tweet showing every contestant’s face when Bones was announced the victor.

To Bones’ credit, the judges did frequently comment on his infectious energy and commitment to improvement throughout season 27.