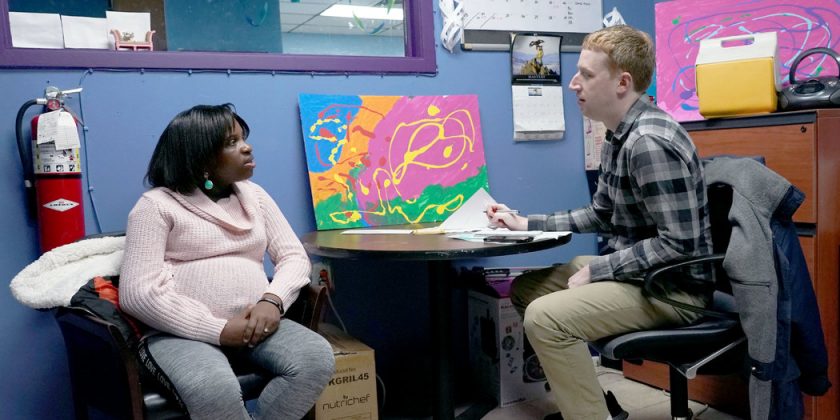 Times Insider delivers behind-the-scenes insights into how news, features and opinion come together at The New York Times.

As the story goes, on Christmas Day in 1911, Adolph S. Ochs, publisher of The New York Times, was out for a walk after dinner when he encountered a man with nowhere to sleep.

Mr. Ochs stopped and gave the man several dollars and his business card. “If you’re looking for a job,” Mr. Ochs said, “come see me tomorrow.”

The next year, Mr. Ochs sent a reporter to the city’s welfare agency to collect the stories of those in need. He published the stories in The Times. In response, readers sent the paper thousands of dollars.

For the last 107 years, every holiday season, The Times has encouraged its readers to “remember the neediest.” Every winter, The Times publishes articles highlighting the experiences of New Yorkers who have received assistance from charitable agencies. Readers send in donations, and the money that is raised is given to these agencies. The Times pays the administrative costs of the fund, which has raised over $300 million since it began.

For the last six years, I’ve answered this century-old summons by taking on the role of lead reporter on the Neediest Cases campaign. The agencies that receive money from the Neediest Cases Fund suggest compelling stories. They detail how money was used to help out a person or fund a program. Then, an editor assigns the most compelling stories to a mix of reporters. I’m tasked with writing the most, roughly half of our total stories.

In the process, I’ve met with and heard the stories of hundreds of my fellow New Yorkers. I’ve crisscrossed the city — and trekked beyond it — to the end of almost every subway line. I’ve ventured to Flatlands, Brooklyn and to the shores of Far Rockaway; as Far North as Yonkers and Beacon; across the Hudson to Irvington, NJ, and out to Mastic Beach, Long Island, a two-hour drive from Manhattan.

Most times, interviews take place at the subjects’ homes, where they will be at ease, more willing to have a candid conversation. Of course, not everyone has a place to call his or her own, and sometimes, an article goes beyond telling just one person’s story. I’ve conducted interviews at bowling alleys, on basketball courts, at public schools and churches, on college campuses, in coffee shops, homeless shelters, and the remnants of homes decimated by Hurricane Sandy.

I’ve been rapt for hours by yarns spun by those recovering from addiction — enough to fill memoirs, yet I must encapsulate them in 800 or so words. I’ve been shaken by many stories, among them: a woman who attempted suicide by self-immolation; a man struck by a car, which left him unable to work, depleted his savings and left him confined to his apartment; and a woman recovering from addiction whose infant son was murdered by her mother.

I’ve also seen firsthand how even small amounts of money yield a profound impact: A monthly MetroCard allows someone to get to a job-training course, kick-starting a steady source of income. A payment of rental arrears spares someone who fell behind as a result of medical bills from getting evicted. And there are countless stories that never get featured in the paper.

Yet, the project is unusual for The Times. The articles may be compelling and relevant, but they constitute a form of advocacy journalism: The stories are pitched to us and are written to engender donations. Each article, however, is held up to the same rigor and standards of veracity as any other in The Times.

My job, like that of any other journalist, is to report dutifully and honestly in a sensitive but forthright manner.

We are heartened that subjects are willing to open up about the painful parts of their past in the hopes that readers will be motivated to give to others who need a helping hand, and that others who are in need will seek out resources as well. Sometimes, subjects bristle at the name “Neediest Cases Fund,” which harks to the past.

However, the Fund has also moved forward in the last several years, including by adding an eighth beneficiary, the International Rescue Committee. Because of this, we are now telling stories beyond the city and looking at more global issues, just as The New York Times itself does.

The stories can be gut-wrenching and heart-rending. Trauma, misfortune and tragedy are always lurking. But there are also hope, humor, willpower, resilience, forgiveness and unconditional love.

And, perhaps, because of the Neediest Cases project, all of these experiences are more visible.