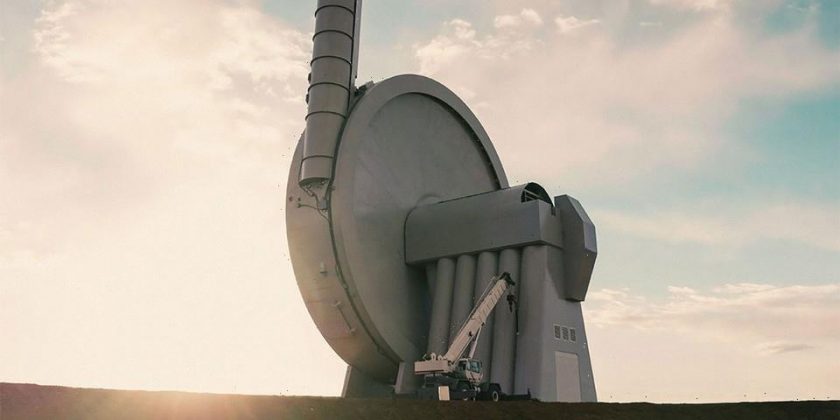 As part of a partnership with the California-based SpinLaunch, which dubs itself the world’s first kinetic space launch system, NASA will be testing what’s essentially a huge slingshot designed to jettison packages into outer space. The technology is an alternative launch system to rockets and has been in development since around 2015.

The SpinLaunch infrastructure resembles a giant steel vacuum, measuring 300 feet (91 meters) in diameter. A package is attached to an arm and then spun around a projectile to gain momentum at a speed of 5,000 mph (8,047 km/h) before being released into a tube and thrown into the atmosphere.

SpinLaunch says that its system could reduce fuel usage by four times and costs by ten times in comparison to the traditional method of using rockets.

“SpinLaunch is offering a unique suborbital flight and high-speed testing service, and the recent launch agreement with NASA marks a key inflection point as SpinLaunch shifts focus from technology development to commercial offerings,” SpinLaunch CEO Jonathan Yaney said. “What started as an innovative idea to make space more accessible has materialized into a technically mature and game-changing approach to launch.

After completing its initial test flight at its base in New Mexico in October, SpinLaunch plans to conduct more tests throughout 2022 and aims to unveil its system to customers in 2024.

In other tech news, Elon Musk has declined an offer to join Twitter’s board.
Source: Read Full Article