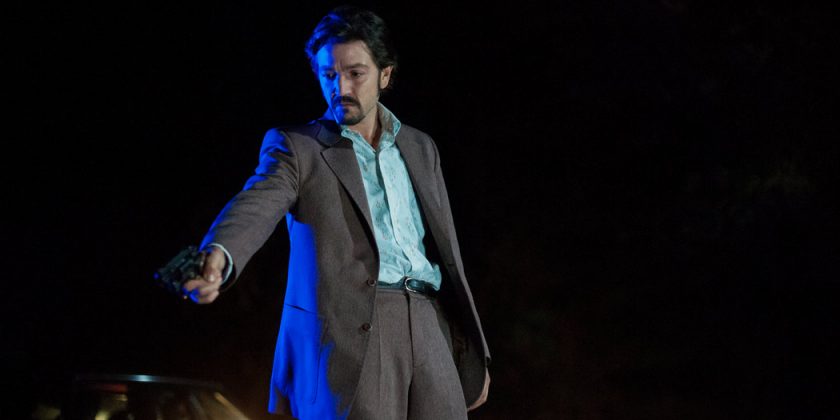 This recap contains spoilers for the entire season of “Narcos: Mexico.” Tell us in the comments section what you thought of the season.

One of the big questions entering the newest installment of “Narcos” was whether Diego Luna’s Miguel Ángel Félix Gallardo would be able to match the charisma and intensity of the Colombian antiheroes portrayed in earlier seasons.

Perhaps unsurprisingly, after 10 uneven episodes of “Narcos: Mexico,” the answer is clear: absolutely. Luna is a talent. But Luna had to elevate more choppy writing than his predecessors did in the first three seasons. It seems as if the primary writers for this season — Carlo Bernard, Chris Brancato and Doug Miro — weren’t sure what kind of gangster they wanted Gallardo to be.

Often he is smooth and in control, even under extreme duress, like when he has a gun to his head in the finale (one of many, many times he has a gun to his head) but still manages to pay off Comandante Calderoni (Julio Cesar Cedillo). Other times he seems powerless — he’s petulant and nervous when the smarmy bureaucrat Zuno hasn’t called him back. He is a faithful husband, declining to have an affair with Isabella Bautista (Teresa Ruiz), except when he isn’t: Apparently, he has an off-camera affair with a woman we know little about, a distracting development.

Félix is a big-picture thinker who patiently convinces a bunch of violent egotists to unite and form a cartel, except for when he is reckless: Why set up shipments of expensive Colombian cocaine before having the government infrastructure in a place? He’s an uncaring sociopath — sending his wife away, turning on his trusted lieutenant Don Neto (Joaquín Cosio) — but he craves the approval of his surrogate father, Governor Celis (Rodrigo Murray). Félix is baffled when the drug-addled Rafa (Tenoch Huerta) hastily kills two American tourists, yet he murders a leader of the all-powerful Federal Security Directorate in a fit of pure rage.

Luna portrays Gallardo as concerned only with the bottom line — it’s business, not personal. Yet, when he takes revenge on Celis, it is payback. This could all describe a paradoxical, conflicted man. And of course, that’s what so many television antiheroes are. But sometimes, his contradictions felt like underdevelopment. Luna is up to the challenge, though, and he made the season eminently watchable.

The D.E.A. agent Kiki Camarena (Michael Peña) is more of a blank slate. He is not particularly charismatic, but he is hard working and incorruptible. Really, Peña isn’t given much to work with. We don’t know much about him aside from his wanting to take down Félix, which feels like a missed opportunity.

As the show begins, Kiki and Félix are painted as similar characters on opposite sides of the war. As the episodes progress, however, it becomes clear that Kiki is in many ways Félix’s opposite. Kiki is a stand-in for American frustration with the lack of progress in the drug war. He’s an everyman who is easy to root for. (Look at him put his coffee in a thermos!) He loves his wife and children, and he even agrees to move the family back to America. Of course, he wants to take out the Bad Guy first — he’s the Good Guy, after all. But what kind of TV cop hero would he be if he didn’t become just a little too obsessed for his wife’s comfort? 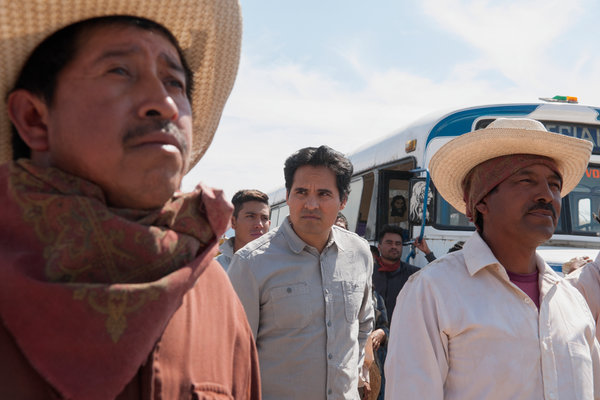 Still, he doesn’t have the kinds of vices that Pedro Pascal’s Agent Javier Peña did in Colombia. That helps make the scene in which a kidnapped Kiki finally faces off against a vulnerable Félix — one of their only times onscreen together — one of the season’s most compelling. There’s no gray area. Just good and bad. Light and dark.

• Michael Peña isn’t nearly as magnetic onscreen as Pascal is, but he acquits himself well. His death, though telegraphed, was a gut punch regardless.

• It was such a thrill to see cameos from Pablo Escobar (Wagner Moura) and from the leaders of the Cali Cartel, especially because Luna rises to their level in each scene. But it is also a study in contrasts: The folks from Cali are fun-loving, smooth types. Pablo has ruthless anger simmering beneath the surface — he’s a beast, just like those hippos. Félix is a mixture of all of them.

• Shout out to Don Neto: His arc, which brought him from being a thorn in Félix’s side to becoming his lovable adviser, really worked. Cosio showed his sizable range: At times, Neto is a sort of father figure to Félix — certainly more than he is to his own son, who is accidentally shot and killed. But his grief is palpable at losing his own child, as is his ruthlessness when he orders a hit on the person who pulled the trigger. He was darkly funny, too. When he is finally arrested, he isn’t fazed by the bullets flying by him. He has his music. And he also seems O.K. with Félix’s having thrown him under the bus — even mildly impressed.

• Why did Scoot McNairy narrate the season? There doesn’t seem to have been a good reason for it. The revelation at the end that he’s the voice of a D.E.A. agent didn’t seem like enough to me.

• There are some impressive uses of long, single-take tracking shots throughout the season — particularly when the Mexican government and the D.E.A. partner up to take down Rafa’s marijuana fields, and the perspective shifts seamlessly from Kiki’s to Rafa’s.

• Félix’s recovery from almost certain disaster in the finale felt a bit rushed for me, but I do appreciate the amount of distance the show had to cover. I do wonder if the writers could have saved themselves some time by skipping over his rise to power. In the early episodes, Félix is told repeatedly that organizing the cartel will be a nearly impossible task. Yet, onscreen at least, it ended up seeming pretty easy: couple meetings here, couple meetings there, some well-timed shootings. Yes, it fit the “Narcos” brand, but the time might have been better served developing some ancillary characters.

• We don’t yet know if there will be another season of “Narcos: Mexico.” But the implication, if it is renewed, is that McNairy will be the centerpiece of a “gloves off” drug war south of the border. We also know that Luna has seemingly consolidated his position, leaving him more powerful than ever before. If there is another season, I imagine it will follow a similar arc to that of “Narcos” Season 2, which tracked Escobar’s downfall.