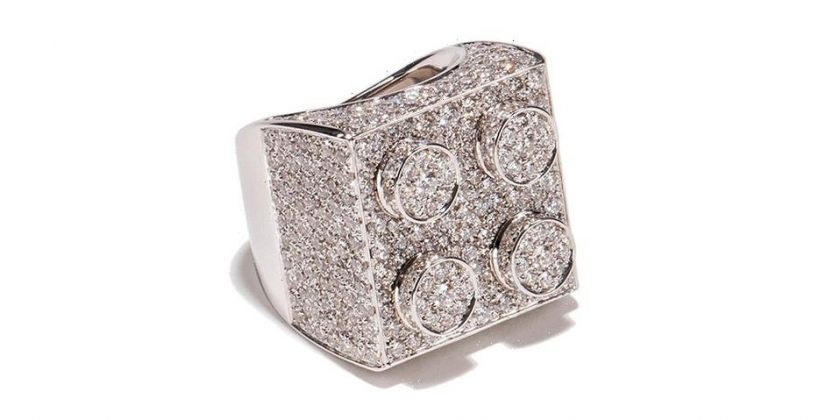 Independent jewelry designer Nadine Ghosn has been on a steady rise, and now she has released the “Building Blocks” collection — with one particular stand out being the Bling Block Ring.

In 2017, Ghosn’s $6,000 USD burger ring was worn by NIGO, immediately putting the then-emerging designer into the spotlight. HYPEBAE sat down with the designer to talk about all things jewelry, and since, Ghosn’s pieces have appeared on the hands of Beyoncé, Karl Lagerfeld, and other high-profile clients.

Now, we’ve been treated to a “playing block”-inspired (also known as LEGO) collection. The star of the show is the ring you see above, which comes in a multitude of sizes. It’s made from 18k white gold and is covered in 3.33ct of G-colored diamonds, which dominate the LEGO-esque top and part of the sides of the ring.

Describing the collection, Nadine Ghosn’s website says, “We are constantly assembling and reassembling pieces as we construct our collective stories. It is our wish that each piece from this collection reminds us that any of life’s challenges can be overcome step-by-step, block-by-block.”

The Bling Block Ring you see above retails for $28,380 USD, and can be purchased now through Nadine Ghosn’s website. Take a closer look at the piece above, and find more styles online too.