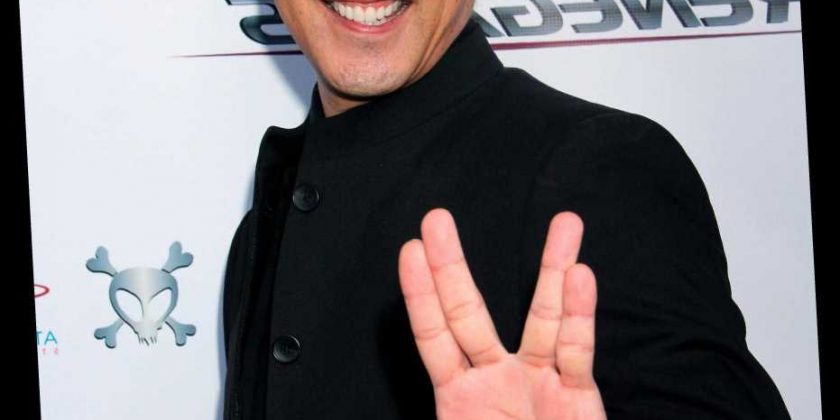 Grant Imahara, an engineer and roboticist who spent years busting myths and testing often explosive science on the hit TV show “Mythbusters,” died Monday. He was 49.

The cause was a brain aneurysm, The Hollywood Reporter reported.

“We are heartbroken to hear this sad news about Grant,” a representative for Discovery told THR. “He was an important part of our Discovery family and a really wonderful man. Our thoughts and prayers go out to his family.”

Imahara joined “Mythbusters” in 2005 on an invitation from host Jamie Hyneman. For more than 200 episodes, he crafted robots, drove stunt cars and dove out of planes in the name of science.

Earlier in his career, Imahara worked on blockbuster films like “The Terminator,” “Jurassic Park” and rereleases of the original “Star Wars” trilogy. He was one of a few official operators of the droid R2-D2, created the robot Geoff Peterson for “The Late Late Show With Craig Ferguson” and helped to develop technology for the iconic Energizer Bunny.

“[R2-D2 is] easier to drive than the Energizer Bunny,” Imahara told an audience in 2011, noting he occasionally got to stand-in for C3PO at live ″Star Wars″ events.

Another one of his creations, Deadblow, became a champion on the robot-fighting show “BattleBots.”

“When I was a kid, I never wanted to be James Bond,” Imahara told Machine Design in 2008. “I wanted to be Q, because he was the guy who made all the gadgets.”

Most recently, Imahara co-hosted Netflix’s “White Rabbit Project” with former Mythbusters Kari Byron and Tory Belleci. The show aired for one season in 2016.

Imahara’s partner, costume designer Jenny Newman, wrote on Twitter Monday she had “lost a part of my heart and soul today.”

Several of Imahara’s fellow Mythbusters shared tributes to their friend on social media: