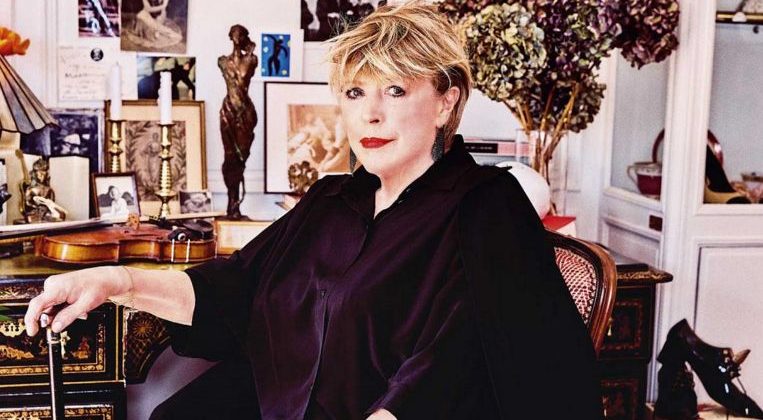 English singer and songwriter Marianne Faithfull has a weighty place in rock ‘n’ roll lore, a former pop ingenue who was a muse and lover for The Rolling Stones’ Mick Jagger and whose constantly changing music later straddled new wave, blues and jazz.

With Negative Capability, her 21st album, she looks back at her long life with brutally honest ruminations on solitude, death, love and loss.

The 71-year-old’s distinctly low and cracked voice, the result of her hard-living past, is channelled beautifully through brooding and melancholic tracks written and produced with long-time collaborators such as producer Rob Ellis (known for his work with English singer-songwriter PJ Harvey) and singer-songwriters Ed Harcourt, Nick Cave and Mark Lanegan.

In My Own Particular Way is a plaintive paean to loneliness, made all the more arresting by the haunting backing band and production.

“Send me someone to love, someone who could love me back,” she sings. “I know I’m not young and I’m damaged, but I’m still pretty, kind and funny.”

Its theme is revisited later in the equally riveting cover of The Pretty Things’ 1968 song Loneliest Person (“You might be the loneliest person in the world, but you’ll never be as lonely as me”).

Born To Live is a contemplation on mortality and a tribute to late close friend Anita Pallenberg, in which she approaches the inevitable with a mix of hope and resignation. “To die a good death is my dream,” she proclaims amidst minimal pianos.

The Gypsy Faerie Queen, sung and co-written with Cave, takes inspiration from Shakespeare’s A Midsummer Night’s Dream while It’s All Over Now, Baby Blue sees her channelling rock poet laureate Bob Dylan through his 1965 song.

The 2015 terrorist attacks in Paris, the city in which she now lives, still weigh heavily on her mind, and she channels her fury at their inhumanity with the droning rhythms of They Come At Night (“Cry for them, cry for us, playing the game of death”).

She revisits Witches Song, a track which first appeared on her 1979 comeback album, the critically acclaimed Broken English. It is less upbeat than the original, but no less powerful with its bleak beauty and her current, rough-edged voice.

The album’s most poignant track though, is her retread of As Tears Go By, the most important song of her career. She was only 18 when the song, written for her by Jagger, fellow The Rolling Stones’ partner Keith Richards and band manager Andrew Loog Oldham, catapulted her to fame in 1964.

With her world-weary voice accompanied by minimal acoustic guitar, violin and piano, the song’s contemplative lyrics (“Smiling faces I can see/But not for me/I sit and watch as tears go by”) resonate even more strongly now.

Watch the music video for The Gypsy Faerie Queen at www.youtube.com/watch?v=ndseNmYb4s0