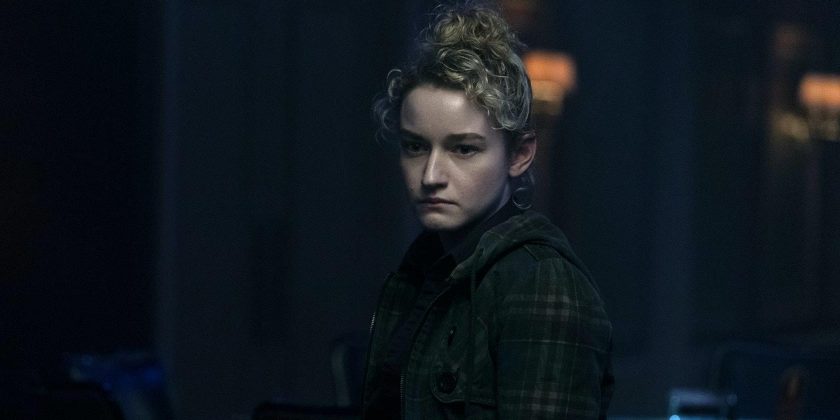 The first part of Ozark season four dropped just last month but the final instalment of episodes has now been confirmed for an April release.

While we may have waited years for another dose of Ozark, it seems as though the gritty Netflix series will never fail to surprise us.

This time round, the anticipated set of final episodes – part two of season four – is now confirmed to be coming to the streaming platform a lot sooner than we originally thought.

Season four part one premiered on Netflix just last month but the next set of episodes will be dropping on Netflix on 29 April. The unexpectedly great news was confirmed in a new ominous trailer for the epic finale.

In it, Ruth Langmore (Julia Garner) is the focal point and while she usually is the character we gravitate to the most, this trailer shows an intense and reflective side of Ruth we haven’t really seen before.

As Inventing Anna lands on Netflix, take a look back at Julia Garner’s best roles, from Ozark to Dirty John

“My childhood traumas are not like yours,” she narrates and can be seen tearfully driving her car before admitting: “You see, I’m a cursed Langmore.”

The ‘Langmore curse’ is something that has run throughout the series with Ruth’s uncle Russ (Marc Menchaca) and father Cade (Trevor Long) referring to it as well as, more recently, Wyatt (Charlie Tahan).

It’s the belief that the Langmore family are cursed and will never amount to anything – something Ruth has been keen to break throughout Ozark. But it seems as though with the ensuing drama, betrayal and hatred possibly proving too much, Ruth may be driven to accept the fate of the curse after all.

Is Ozark going to end in disaster for Ruth?

Netflix’s Ozark season 4: the women are the true heroes of this hit series

The short trailer sees snippets of Ruth pulling a gun on Marty (Jason Bateman) and Wendy (Laura Linney) and, in the final scene, contemplatively looking at the handgun she’s placed on the car seat beside her.

Although only a minute long, questions continue to whir with the new trailer: Who is the target of her anger? Can we really see Ruth killing someone? Will Ozark ultimately end in someone’s death?

Watch the trailer for yourself here:

Speaking about the final episodes of Ozark, Garner has given fans a warning about the intensity of it all. In an interview with Digital Spy, she said: “It’s always funny because, by the time it comes out, I forget like, how intense it was.

“You’re just going to have to wait. It gets more intense. It gets very intense. The ending of season [four], the first half, was just the beginning of the intensity, that ending.”

The anger and deceit that’s been bubbling away between Ruth and the Byrdes will come to a head, we’re sure – but we’ll just have to tune in and find out exactly how this series will end.

One thing’s for certain, though, it’s set to be one hell of a finale.

Ozark season four part two will be available to stream on Netflix on 29 April.