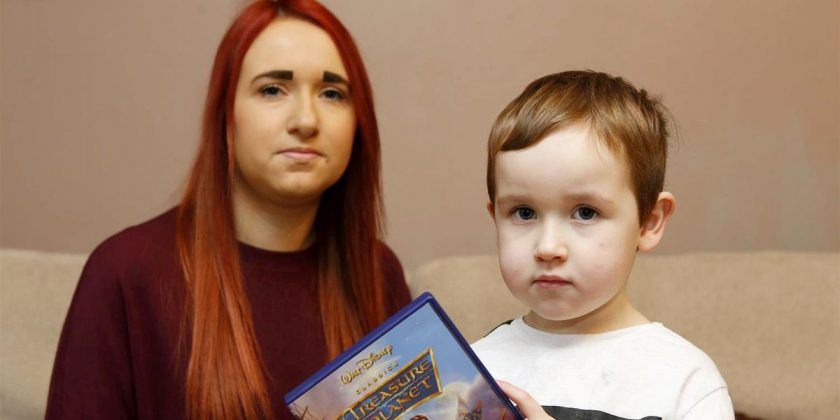 When a mum from Kent decided to treat her three-year-old son to a sweet Disney movie from Poundland, she had no idea what she was setting him up for.

Beth Golding, a primary school worker from Canterbury, sat down over Christmas to watch what she thought was the 2002 animated movie Treasure Planet with her toddler Eli.

But shortly after the film started playing she soon realised that something wasn’t quite right – and that her young son definitely shouldn’t be watching what was happening on screen.

Instead of purchasing a Disney DVD from the Canterbury branch of Poundland, the 22-year-old had actually bought a copy of The Exorcist (1973).

It tells the tale of a mother and two priests attempting to save a child possessed by a demon, and has previously been named one of the scariest films of all time.

The young mum said when the movie started it looked "dark and scary" and thankfully after a few minutes her partner decided to switch it off.

They then removed the disc from the DVD player only to discover what they had really been watching and to say the family was shocked would be an understatement.

"Luckily my son didn’t see anything, but that’s not the point," she explained. "He could have seen something he shouldn’t have."

Beth called the store soon after to complain and was told to return the DVD and get her £1 back, but she wasn’t concerned about the money.

"I don’t care about getting my pound back, that’s not the point," she added.

A spokesman for Poundland told Kent Online : "We thank the customer for getting in touch and are awaiting the necessary documentation to pass on to the supplier to investigate."

Parents do the most embarrassing things