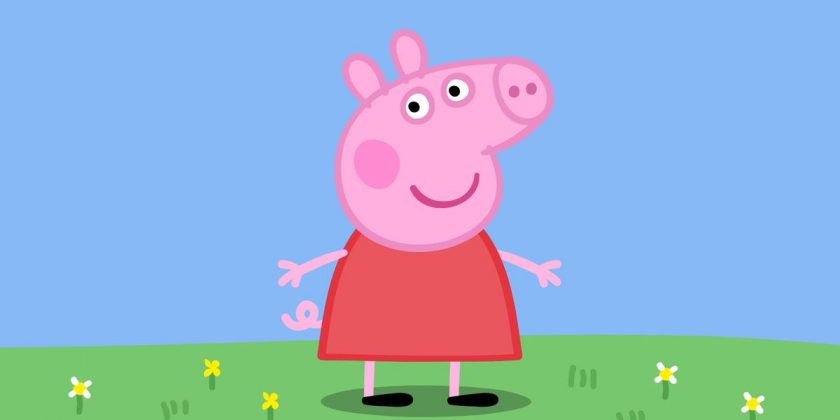 Peppa Pig is a hugely popular kids show among toddlers and parents alike – as the sweet characters in the cartoon keep little ones occupied for hours.

Now parents are noticing a rather unexpected consequence of their kids watching the show, and it’s all to do with the way their kids are speaking.

Mums and dads from around the world have reported that their children have started talking like the pink pig character – with some adopting a ‘plum’ British accent and others snorting at the end of sentences.

On Romper , mums have described their kids’ hilarious mimicking.

One wrote: "After 21 hours of flight time spent binge-watching Peppa Pig episodes on the iPad, my kid had adopted Peppa Pig’s plum British accent, calling me ‘Mummy’ and finishing her sentences with Peppa’s trademark snort.

"Two years later, she still oinks in conversation. Call it the Peppa effect."

Another mum, from Virginia in the US, said her little one has started saying "Daddy" in the same way Peppa Pig does.

Meanwhile, a mum based in Seattle, Washington, noticed that her three-year old "watches so much Peppa Pig she pronounces ‘Zebra’ and ‘tomato’ with a British accent", according to a Twitter post.

Another parent on Twitter revealed: "I was excited when my daughter started watching Peppa Pig because I thought she might pick up an adorable British accent, but all she’s learned is to snort like a pig."

A third wrote on the social media platform: "Thanks to Peppa Pig my 2yo, who has never been outside of Washington, Oregon and California has a solid British accent."

Parents in the north of the UK have also noticed their little ones picking up southern English accents from the show.

A mum based in Leeds wrote on Twitter: "my toddler often speaks with a southern English accent because of too much exposure to Peppa Pig. Would prefer an American accent to her using a long A in bath and castle…"

While it may seem slightly odd if your child is picking up a strong BBC English accent, experts assure that this kind of mimicking is simply a matter of exposure.

Roberto Rey Agudo, the language program director of the department of Spanish and Portuguese at Dartmouth College told Romper that reports of Peppa accents outside of the UK are partly down to the popularity of the show.

He said it’s "in part because Peppa Pig has been such a phenomenon with the 2 to 5-year-old crowd and it’s considered cute, whereas I don’t know what other shows have that kind of currency right now."

Has your child picked up an accent from a TV programme? Let us know in the comments!