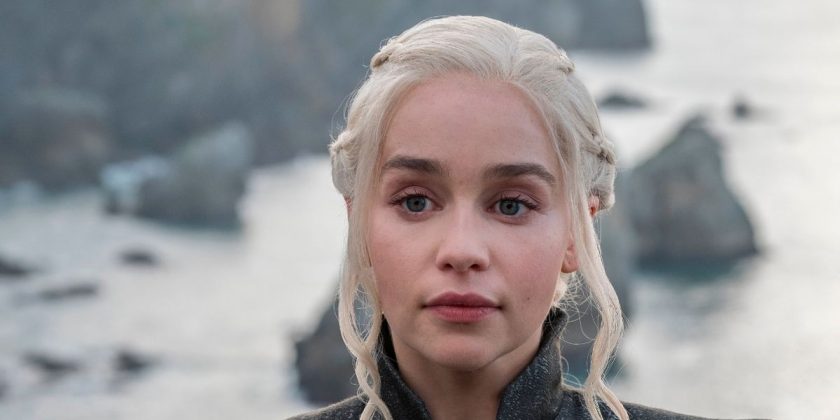 You know a TV show has achieved a certain level of popularity when it inspires the names of a future generation.

When you consider how unusual many of the characters' names on Game of Thrones are, then it's safe to say this is one very influential show.

Over in the US, the numbers speak for themselves.

According to the Social Security Administration, published data on all names in the US given to five or more babies in a year has revealed an increasing trend, NBC News reports.

With 2,545 babies named after everyone's favourite faceless assassin, data shows that 'Arya' is the 119th most popular name in the US.

Also popular is 'Khaleesi' – 560 baby girls were named after the Mother of Dragons in 2018, and that's just for that specific spelling. There are also 19 Caleesis and five Khaleesies to take into account. Phew.

Following last night's jaw-dropping instalment of the final Game of Thrones series, one mum has some strtong feelings about calling her daughter 'Khaleesi', which is one of Daenerys' many, many titles (imagine taking her order in Starbucks ?).

In 'The Bells', as the most recent episode is called, we see Khaleesi of the Great Grass Sea go FULL mad queen.

Cersei's season five pyromania had nothing on the devastation Daenerys unleashed on King's Landing, which is in stark contrast to the Daenerys of previous seasons, where she was largely a force for good.

Speaking to The Daily Beast , she added: "It was kind of disappointing that her power trip took over. That was not cool."

So does she regret her choice of name for her daughter?

While she stands by her choice, she does add that she "didn't like the outcome of what she represents," and called the name "kind of bittersweet right now."