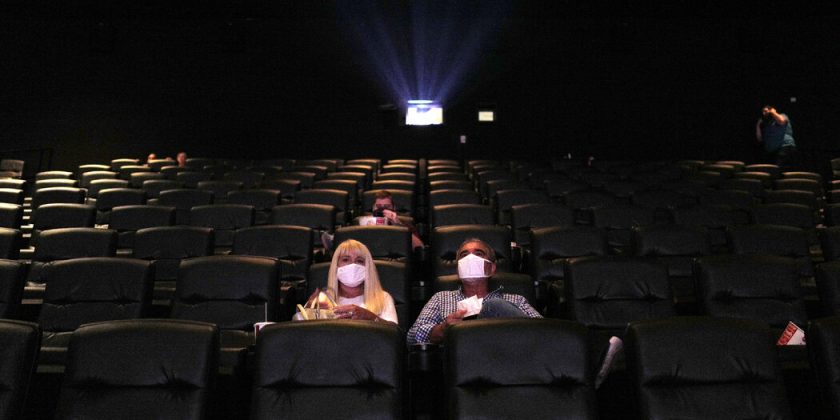 Cultural attractions are reopening across the country. If you decide to see a film or take in an exhibit, know the risks and take precautions. 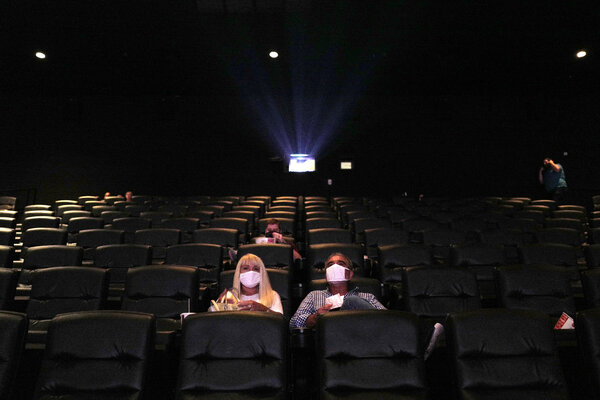 Now that museums, art galleries and movie theaters are finally open in some states — with Covid-19 protocols in place — it may be tempting to race back to them. But should you?

“I hate to be a killjoy, but I think we need to forgo these things for now so we can get back faster to a world where we can enjoy them,” said Dr. Abdul El-Sayed, formerly the executive director of the Detroit health department. Anything indoors is a risk, he said, and we’re moving toward flu season, when people will be gathering indoors more.

But several other experts interviewed said they would consider visiting museums and art galleries, especially at off hours. None said they planned to go to the movies — or would advise you to, either. But if you choose to go, they’ve offered some tips to mitigate the risk, though they caution that it should still be considered high-risk.

When making your decision, John Swartzberg, an infectious disease specialist and clinical professor emeritus at the University of California, Berkeley, suggests asking yourself: How important is this versus the risk of it? No matter how exacting the cleaning protocols sound or how limited the number of patrons, there is no zero-risk scenario. The virus doesn’t know whether you’re at a museum, the grocery store or a movie theater — it just transmits more easily in enclosed spaces where you have many people coming together, said Anne Rimoin, a professor of epidemiology at the University of California, Los Angeles.

There is a significant difference in the risk of movies versus museums. At a movie, you are seated in one place for a long time, and people will be removing masks to eat popcorn and sip drinks, making the risk more akin to that of indoor dining, experts said. Some theaters also serve alcoholic drinks, which may up the risk. “Once you have some alcohol in you, you lose some inhibitions and your judgment,” Dr. Swartzberg said. It doesn’t help that you (or the people around you) are likely to be yelling, screaming or laughing without masks on.

If you choose to go, look for theaters that are very spacious, have limited occupancy and enhanced air filtration systems, although it’s hard to really know what you’re getting with the air — you’re at the mercy of how well the engineers have set it up, Dr. Swartzberg said.

You will also want to consider all of the steps involved in getting to your seat and then exiting the theater, and ask what the theater is doing to minimize the potential for crowding. To avoid the post-movie crush at the door, the Alamo Drafthouse chain shows a video directing patrons to exit by rows, but the procedure is not enforced by the staff, Shelli Taylor, the company’s chief executive, wrote in an email sent via a spokesman. The company has 41 locations in 10 states, about half of which are open. “From what we’ve seen thus far, especially with the limited seating capacity, exiting has gone smoothly with appropriate social distancing,” Ms. Taylor wrote.

Wear the best mask you can, or even goggles or a face shield. “You may feel silly, but they reduce your risk,” Dr. Rimoin said. Keep that mask on throughout the movie — meaning yes, skip the popcorn. In fact, forgo any snacks, and if you must have a drink, sip it through a straw underneath your mask, Dr. Rimoin said. But you’d be better off avoiding the concession stand — and the need to stand in line with other people — entirely.

Wiping down your seat probably isn’t necessary, but just the same, it wouldn’t hurt to wipe down any parts of it you might touch with your hands. (You might, for example, be touching the seat and then covering your face or your mouth with your hands during a scary part.)

If you can avoid the bathroom, you should. If you can’t, Dr. Rimoin said when she’s out she likes to bring her own liquid soap in a squeeze bottle and her own paper towels. Bathrooms are hard to navigate because they have a lot of common touch points, she said, and the paper towel means you don’t have to touch door handles.

Museums and art galleries are probably less risky than movie theaters because — while you’re still dependent on air circulation and you’re still congregating with people you don’t know — you’re not in a large group for a prolonged period. In a museum, you may not even spend 15 minutes in a single room. “Because you’re moving around, you’re improving your odds a little bit,” Dr. Swartzberg said. “If I had to go to one or another, I’d go to a museum over a movie theater.”

Dr. Joshua M. Sharfstein, a vice dean at the Johns Hopkins Bloomberg School of Public Health who has advised some museums on reopening protocols, said you should look for museums with enhanced air filtration that are limiting the number of patrons. “I think particularly in areas of the country that aren’t having major outbreaks, with a good plan the risk is pretty low,” he said.

He suggested that a museum with a well-considered plan might actually be less risky than visiting a grocery store, because of the number of things people touch in a grocery store. As much as you can, avoid touching anything in a museum, and try to go off-peak — so probably not on a weekend. (Some museums, such as the Art Institute of Chicago and the Heard Museum in Phoenix, list peak times on their websites.)

Ideally, the museum’s cafe should be closed, as it is at the Art Institute of Chicago. If it’s open, “I’d be a lot less excited about going,” Dr. Sharfstein said. People eating unmasked and lingering in the same place increases the chance of transmission, as with indoor dining anywhere. And if the museum has a movie theater, that should also be closed. It still counts as a movie theater in terms of risk, he said.

Some museums are still tweaking reopening plans, watching to see what happens to those already receiving visitors. The Phillips Collection in Washington, D.C., recently approved a plan that includes enhanced filtration, screening for temperature and masks at the door, timed entry and directional routing to help guests avoid crossing paths. The cafe will be closed. But the museum has not decided on a date to reopen.

“Our director, Dorothy Kosinski, has said from the beginning that we are not in a rush to do this wrong,” Hayley Barton, a spokeswoman, wrote in an email.

If a museum or gallery is very quiet, it is probably not necessary to limit your timethere. If it is busy, only you can decide how much time is worth the risk. “You want to be as far away from the air that others just recently breathed,” Dr. El-Sayed said. “That’s just so hard to do.” And of course, you should keep your mask on at all times. (Dr. Rimoin said she would also wear a face shield or goggles to a museum.)

Finally, keep in mind that you don’t have to go to museums or movies. “If you walk in and feel it’s unsafe, or it doesn’t meet the standards for mask-wearing, you always have the option to leave,” Dr. Rimoin said. “Trust your gut.”