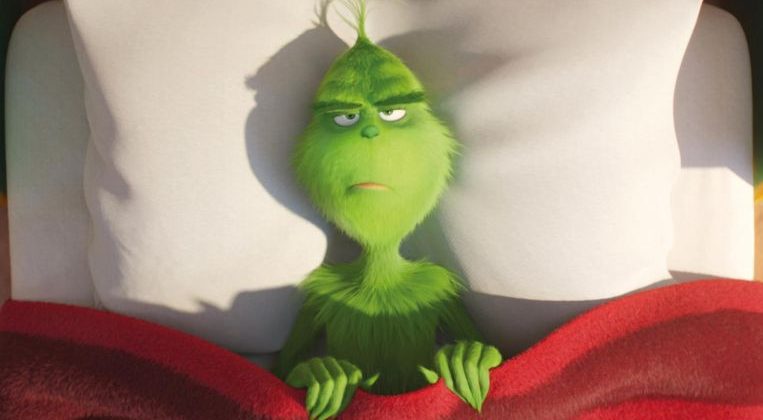 The story: The green, furry Grinch (voiced by Benedict Cumberbatch) is a nasty creature who hates his neighbours, the citizens of Whoville. With his dog Max, he invents gadgets that allow him to live in grumpy isolation. When the mayor proclaims that Christmas this year will be three times more festive, the Grinch plans to quash the fun by stealing the gifts out of every home. Adapted from the 1957 Dr Seuss story How The Grinch Stole Christmas!.

The 2000 live-action version of the children’s book, starring Jim Carrey in heavy prosthetics, was a commercial hit, but critics in general hated it.

It was too creepy, they said. They were left cold by his demonic grimaces and director Ron Howard’s ominous score and unsettling design choices. It was as if Howard was proving that he could be edgy as Tim Burton, whose The Nightmare Before Christmas (1993) gave goths a Christmas aesthetic they could embrace.

Someone in Hollywood must have been listening, because this new version is drenched in sunshine. This movie is unabashedly cheerful, cute and kid-friendly.

In fact, Cumberbatch’s Grinch, while mildly sadistic – he destroys the last bottle of jam in a shop rather than let a shopper buy it – comes across as merely a grump, in contrast to the deranged super-villain Carrey portrayed. For every jar of jam destroyed, the new Grinch does something nice to even it out, in spite of how his heart is supposed to be “two sizes too small”.

This undercuts the story’s crux, which relies on a monumental act of meanness from the Grinch to bring about the redemption in the last act.

The result is a meandering, low-stakes affair, punctuated by fine but forgettable visual jokes.

Grinch and his dog Max are fond of elaborate contraptions that do simple tasks, but none have the inspired madness of a gadget from British claymation creation Wallace and Gromit. Directed by relative newcomers Yarrow Cheney and Scott Mosier, this Grinch is a safe studio product aimed at the younger set.

Grown-ups might want to stick to their copy of the 2000 version.