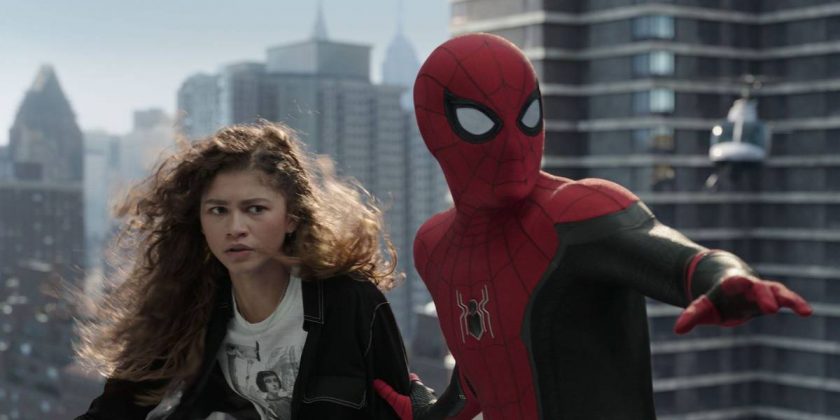 Occasionally, a new director offers a fresh perspective on the Marvel Cinematic Universe (MCU) franchise (Taika Waititi’s humorous take on Thor, or Bob Persichetti’s brilliantly animated Into the Spider-verse). But when a vanilla director, such as Jon Watts in his third MCU outing, takes the helm you shouldn’t expect a reinvention of the wheel.

Having swung to the lofty heights of commercial success with his previous two Spidey flicks (Homecoming and Far From Home), Watts has, unsurprisingly, played it safe and repeated the dose. That’s not necessarily a bad thing. They weren’t bad films.

Following on from Far From Home, and with his secret identity as Spider-Man now exposed, Peter Parker (Tom Holland) turns to fellow Avenger, Doctor Strange (Benedict Cumberbatch), to conjure a spell that will restore his secret. But in doing so, he cracks open the multiverse, letting through villains from other Spider-Man universes. Chaos follows as Parker and crew attempt to herd Alfred Molina’s Doc Ock, Willem Dafoe’s Green Goblin and Jamie Foxx’s Electro back from whence they came.

As expected, there is a slew of less-than-engaging action sequences, but thankfully No Way Home also presents plenty of more-than-engaging characters to balance things out.

Holland is excellent as the webbed hero, providing the titular character with a youthful innocence and charm that wasn’t fully captured by previous Spideys, Andrew Garfield and Toby Maguire. Zendaya is also good with her reprisal of love interest MJ, and it’s in their moments together, along with their friend Ned (Jacob Batalon) where this film works best.

Where the story comes unstuck is in the convoluted set-up of its multiverse characters. Yes, the multiverse — a concept that has, so far, served to broaden MCU’s narrative scope (and cash haul) but also threatens to be its undoing. Space-time hullabaloo rarely works well in movies and No Way Home invests too much effort wrestling with this web of confusion.

I can already hear the MCU nerds decrying my lack of attention towards the intricacies of MCU lore. No Way Home is, after all, building on the labyrinthine, yet impressive, canon of MCU films and it certainly helps to have a good knowledge of them all. As a stand-alone film, though? No Way Home is a mixed bag of excellent whip-smart flair and average fan serving Spider-Meh.