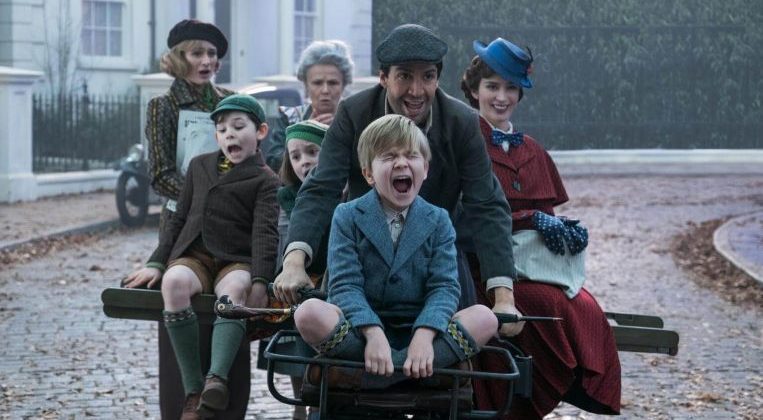 The story: In this sequel to Mary Poppins (1964), the Banks children – Michael (Ben Whishaw) and Jane (Emily Mortimer) – are now adults. Michael has three children of his own, but is struggling financially because of the Great Depression. While flying a kite, the Banks children see Mary Poppins (Emily Blunt), the nanny who used to care for Michael and Jane, float down from the sky. Based on characters created by P.L. Travers in her series of Mary Poppins books.

It has been a long wait – 54 years, the longest between two films in a series – but the sequel to one of Disney’s most beloved musicals is finally here.

Surely the time for a sequel to the revered classic must have been in the 1960s, but Disney’s attempts at launching one were stymied by the famously fussy Travers herself.

It goes some way to explaining why this film feels more like an artefact than a living thing. Watching it is like seeing how extraterrestrials who, after getting Earth broadcasts, have made a film based on what they saw, except they have more advanced film-making technology.

The only time the feeling that one is watching an uncanny reproduction is shaken off, and that real human emotion has crept in, is during the Topsy sequence.

Mary and the children have broken a vase and are taken to see a member of the Poppins clan, Topsy, a magical fix-it woman, played with woozy abandon by Meryl Streep.

Streep’s musical number, Turning Turtle, is a joy, one that finally breaks free of homage syndrome. The dance makes use of props in a way that might have been feasible in 1964, but with a fresh and thoroughly modern twist.

Director Rob Marshall (the musical Into The Woods, 2014; the seafaring adventure Pirates Of The Caribbean: On Stranger Tides, 2011) is a safe pair of hands into which to deliver this most precious of Disney properties and, here, safety is priority No. 1, especially with this being the Disney Christmas release. He does not deliver updates or cheekiness; he treats the source as sacred canon, both in story and tone.

There are a couple of pluses to not breaking canon, though. The origins of Blunt’s Poppins is thankfully just as mysterious as the one Julie Andrews played 54 years ago.

Good on Disney for not caving in to the current fear of leaving anything under-explained in family films. Blunt’s character is also more of a stiff British nanny than the much warmer Andrews portrayal, giving some backbone to a sequel as rich, over-sweetened and as traditional in its recipe as Christmas pudding.