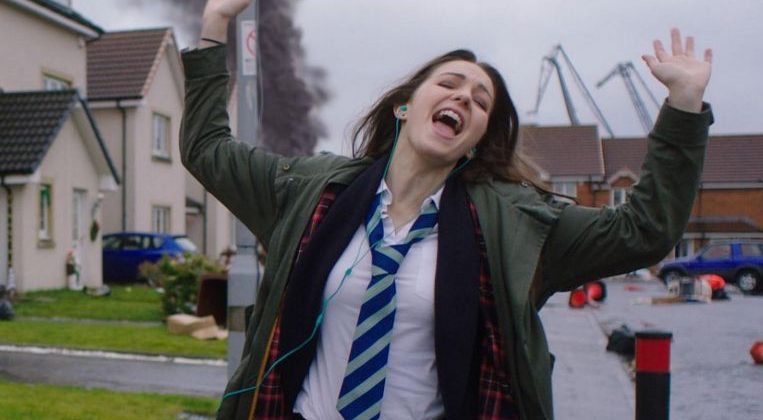 ANNA AND THE APOCALYPSE (M18)

The story: In the British town of Little Haven, student Anna (Ella Hunt) is coping with the usual teen worries, as are her friends. As Christmas approaches, she finds herself caught in the middle of a zombie outbreak, one that leaves her separated from her father, who is at a school performance along with other parents. With a band of friends, Anna must fight her way to school and rescue the parents.

Horror set to a beat seems to be the theme of the week. Opening elsewhere is the French arthouse work Climax, but this British work, featuring characters who break into song while the world is a smoking ruin, could not be more different.

This movie also proves that the more hyphens a movie has in its concept – in this case, zombie-high school musical- comedy – the higher the bar for success, because if one element fails, the rest comes down with it.

This reviewer went in with high hopes. British and Irish musicals can be moving, exhilarating experiences – think Sing Street (2016) and Mamma Mia! (2008).

The first sign of trouble with this mash-up, helmed by Scottish director John McPhail, arrives early, with an establishing first act that feels like an amalgam of high school tropes.

Anna’s friends (and eventually survivors) are such a mixed bunch of misfits that they do not feel as if they should be friends at all.

That lack of focus bleeds into the film’s pop originals, which feel characterless in the sense that they are all mid-tempo and over-processed, with under-written lyrics that have the punch of a ball of cotton. Worse, the musical portions require everyone to bring the story to a halt, a technique that is risky unless the tune advances story or character.

Sadly, much like the gait of the undead, the anodyne quality of the music gives the film a lurching, lifeless quality.

It does not help that the comedy element also fails because the jokes spring from try-hard characters and contrived situations. Anna’s gang, for example, attempt to sneak past a zombie horde by flipping an inflatable dinghy over their heads like a turtle shell, an act that is not so much hilarious as proving that they are not worth worrying about if they get eaten.

Now is the time to call a moratorium on mixed-genre zombie pictures. No more zombie historical dramas, no army camp zombie comedies. Like the creature that is their villain, mash-ups are dead, but do not know it yet.