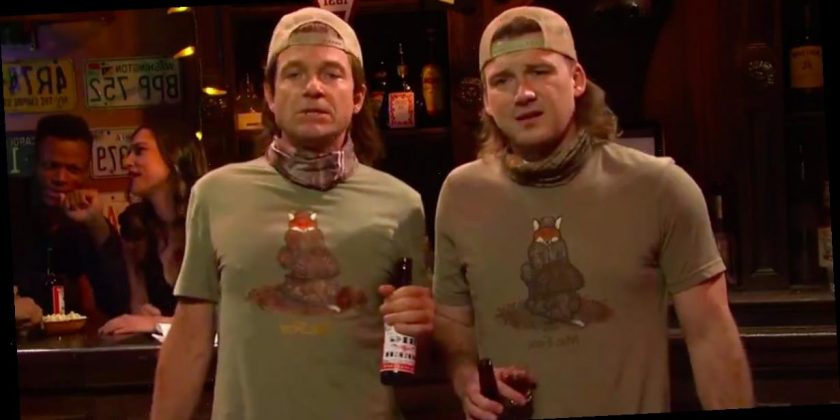 Morgan Wallen finally made his Saturday Night Live debut on Dec. 6. The country singer was originally supposed to appear as the musical guest for Bill Burr’s episode in October, but was pulled after going against the show’s COVID-19 protocols by partying without a mask. Naturally, the show didn’t hold back about addressing the controversy in a sketch, which is set days before Wallen was originally set to appear on the show. As Wallen parties in a bar in Tuscaloosa, AL, he is visited by future versions of himself — played by host Jason Bateman and Bowen Yang — who warn him what could happen if he doesn’t leave the party. “Once people hear about this party, you’re in big trouble, man. You’re going to get kicked off Saturday Night Live,” one of the Future-Wallen warns.

Following the controversy in October, Wallen apologized for his actions on social media. “I’m not positive for COVID, but my actions this past weekend were pretty short-sighted and they’ve obviously affected my long term goal and my dreams,” he said in an Instagram video at the time. “I know that I put them in jeopardy, and I take ownership of this.” He then apologized to the cast and crew of SNL, his fans, and his team, adding, “I have some growing up to do. I think I’ve lost myself a little but I’ve tried to find joy in the wrong places, and it’s left me with less joy. So I’m gonna go try to work on that.”