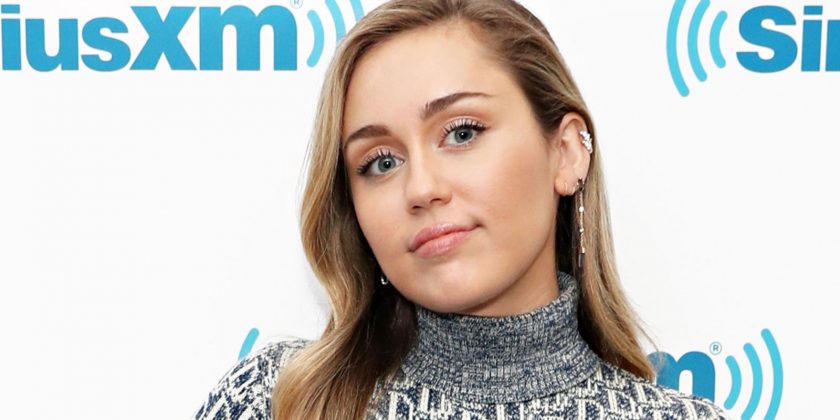 Speaking on Howard Stern’s radio show in the US, the singer said she had been away filming in South Africa when wildfires in California destroyed her home in Malibu.

He then asked about recent reports of an appearance in the upcoming season of the award-winning dystopian future series, created by Charlie Brooker. “If you guess it, then I will shake my head ‘yes’,” Cyrus told Stern, who then told listeners she had confirmed she was indeed talking about Black Mirror.

Refusing to confirm herself, the 26-year-old singer said she did not know if she was allowed to speak about her guest role yet, but added: “I’m really actually excited for everyone to watch the ‘headshaking project’ we said yes to.” She said that while she is usually critical of herself, it was “the first time I’ve left somewhere feeling really proud of my work”.

Cyrus also spoke about seeing the home she shared with her boyfriend Liam Hemsworth destroyed in the fires that devastated large swathes of California.

Cyrus told Stern that Hemsworth, who she has been dating on and off for eight years, was “incredible” during the fires and “that is why you pair up with someone, for survival”.

She said: “He got all the animals out in his truck. He put two pigs in crates, which, I can tell you, is so hard.”

The couple are now living in Nashville, Tennessee.

“I think the hardest thing for both of us right now is to go back [to Malibu],” Cyrus said.

Other stars including Kim Basinger, Gerard Butler, Robin Thicke and Neil Young were also among those to lose or partially lose their homes.

Kim Kardashian West, Caitlyn Jenner and Lady Gaga were among those forced to flee.