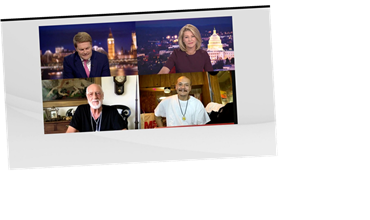 “Dreams” keep coming true for Nathan Apodaca, the Idaho man whose groovy interpretation of a Fleetwood Mac classic has made him an internet superstar.

On Sept. 25, Apodaca ― who goes by @420doggface208 on TikTok ― posted footage of himself lip-syncing to Fleetwood Mac’s “Dreams” while riding a skateboard and sipping from a bottle of Ocean Spray’s Cran-Raspberry juice. Though simple in its execution, the 22-second video went viral and has since been viewed more than 69 million times on TikTok and Twitter.

It also prompted a streaming spike for “Dreams,” which originally appeared on Fleetwood Mac’s 1977 masterpiece album, “Rumours.” According to Billboard, the song garnered 8.47 million on-demand streams in the U.S. last week, an increase of 125% compared with the previous week.

Last weekend, Fleetwood Mac co-founder Mick Fleetwood got in on the fun, too, posting his own take on Apodaca’s moves as his debut TikTok post. On Thursday, the two men were virtually united in a joint BBC News interview, at which point Fleetwood personally thanked Apodaca for having revived interest in his band’s 43-year-old song.

“We owe you,” Fleetwood said. “It’s such a great story, and so needed in days that are really challenging. It makes people smile, and I’m so happy to be part of it.”

After congratulating Apodaca “on a wild, wild skateboard journey that has led us to talking today,” he added, “You’re right in my heart.”

“She must be celebrating right now,” he said. “It’s great to be connected unexpectedly. That’s what I think is so cool about this. It’s not all super-planned and super-anything.”

We loved the skateboard, but thought this set of wheels had a better sound system… Enjoy @doggface208! #dreamschallenge #cranberrydreams

Turns out, meeting Fleetwood wasn’t the only surprise Apodaca received this week. Earlier this week, Ocean Spray gave its unexpected spokesman a new pickup truck, filled with ― what else? ― bottles of Cran-Raspberry juice.